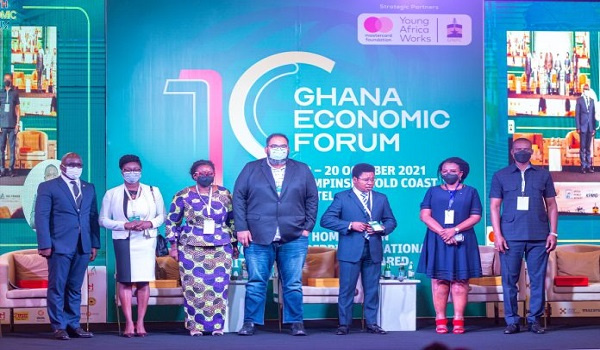 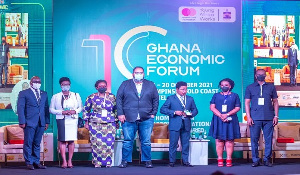 Even though startups are faced with numerous challenges, lack of adequate information remains the biggest threat to nascent businesses and addressing this gap is crucial for the prosperity of startups, a panel of seasoned experts at the Ghana Economic Forum has said.

Addressing the challenges faced by startups on the second day of the Ghana Economic Forum (GEF), dubbed the Youth Economic Forum, Managing Director at the Meltwater Entrepreneurial School of Technology (MEST Africa), Ashwin Ravichandran, said there is a lack of ‘education’ on the part startups and investors alike.

“I do not think that there is a lack of funding within the country or a lack of access to capital. I think the problem comes from a lack of education on both sides,” he said.

Describing education as ‘the most critical thing’, he said business owners must not expect that investors will rely on their gut feelings in making business decisions, but rather require hard data for this purpose.

While commending a number of institutions including the Mastercard Foundation for their work in getting startups up to speed, he warned that a lot more work needs to be done.

“Once that education improves, it will be a lot easier, but growth won’t happen overnight,” he cautioned.

“We wanted to have a framework to support the ecosystem, as without that there will be no direction and we’ll be going nowhere. We have looked beyond access to finance, to access technology and information. We are looking at how to increase sensitization, as there is a lot of information out there and we want to bring it closer to young people,” she said.

She however stated that her outfit has not pursued eliminating one challenge to the detriment of others, noting that more than GH¢14 million was disbursed to startups and youth-owned businesses which form a third of the 300,000 businesses supported by the Agency under the Coronavirus Alleviation Programme Business Support Scheme (CAPBuSS).

For Managing Director at Universal Merchant Bank (UMB), Nana Dwemoh Benneh, there has never been a more exciting time to be an entrepreneur, owing to the benefits brought about by rapid digitalization.

He suggested that the information gap has led to a lack of understanding as to which institutions startups should look to for funding at various stages of their development.

“The mistake that’s often made is that we want short-term funds to finance long-term projects. If you want to attract patient capital, it requires discipline and knowledge. For most entrepreneurs, they are very excited at the idea’s conception, but they lack the staying power they need to research, present and deny themselves to attract investment, knowing that the failure rate of startups remains high.”

He added that banks are increasingly looking for ways they can bring their expertise to bear on the ecosystem, and are committed to collaborating with relevant stakeholders.

On her part, Country Manager for Invest in Africa, Carol Annang, said the potential impact of successful startups demands that the push toward improving the ecosystem is driven by the public and private sector alike.

Advocating an introduction to entrepreneurship early in the academic curricula, she said: “We have to be intentional in the curriculums of our schools; and when I say schools, I mean primary schools,” she remarked adding that this would make concepts of entrepreneurship easier to understand.

Economist and Chief Executive at the MBIC Group, Dr. Jerry Kombat Monfant, said policies must be introduced to ensure that indigenous startups have access to domestic funding.

The panellists were speaking on the theme ‘Contemporary approaches to financing startups; insights from key industry players’.

For context, Africa has seen funding for startups grow at approximately six times the global average, or 46 percent year-on-year, for the last half-decade, according to estimates.

The recently published Global Start-up Ecosystem Report 2021 (GSER 2021) found that Africa’s startup ecosystems are worth a total of US$6.6billion. Of this amount, US$6billion is concentrated in five cities: Cape Town, Lagos, Johannesburg, Nairobi, and Accra.

This also comes as tech giant Google announced its plans to invest up to US$50million in African early- and growth-stage startups via its Africa Investment Fund, with intentions of growing its commitment to US$1billion over the next five years.