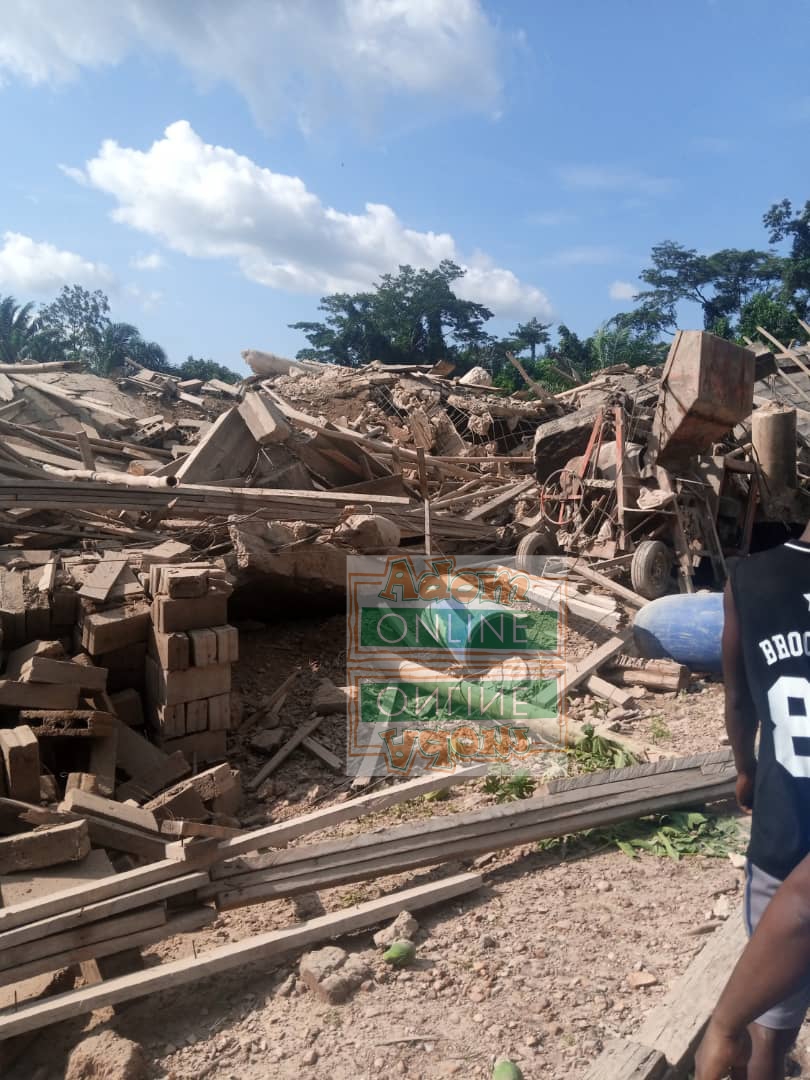 Ghana was thrown into a state of shock and mourning on October 20, 2020, when a church collapsed at Akyem Batabi in the Eastern Region, claiming 22 lives.

Family members of victims who were resting in the building after a prayer session, after the news went viral, rushed to the scene in a bid to save their relatives.

Videos and photos of people being rescued under the debris were heartbreaking as relatives were seen crying as bodies were pulled out of the building.

One year after the collapse, Adom FM’s morning show Dwaso Nsem team has taken Ghanaians down memory lane as part of efforts to check the status of the collapsed building.

Kingsley Kwesi Saako, a brother of a 31-year-old woman who died in the bizarre incident, amid tears, recounted how his nephew who was also in the building escaped death.

According to him, his sister, Vivian Amoah, would have died with her 13-year-old son that day as she was in the church with him.

However, the 13-year-old complained of a headache, causing his mum to bring him to his place.

“I am very sad this morning having to go back to that painful day to share my ordeal. My sister was married with two kids. Before that fateful day, my sister was with her son at the church throughout their programme but her son was sick and he even forced her mother to take him home as he was not feeling well.

“So my sister had to bring him to me at home on Monday and went back to the church and on Tuesday we heard the building had collapsed. So, my sister’s son who is now 13 years would have been part if he had not come home. It’s really sad,” he cried.

Emotional Mr Saako said he sensed danger when he followed his sister to the church one time but ignored the signs of a cracked building till the building came down, a situation he said he regrets as he could have saved his sister.

Speaking on compensations given to them by the government, Mr Saako said their family had GHC 5,000.00 and added that the government has been helpful since the incident.

He, however, refused to apportion blame on the church as he believes it’s the responsibility of authorities to ensure a building permit before allowing the church to put up the storey.

Meanwhile, Akyem Batabi Hene, Barimah Oppong Kyekyeku II, said the town has been calm a year on and people are going about their normal activities.

He said the church is functioning but they now fellowship under a tent.