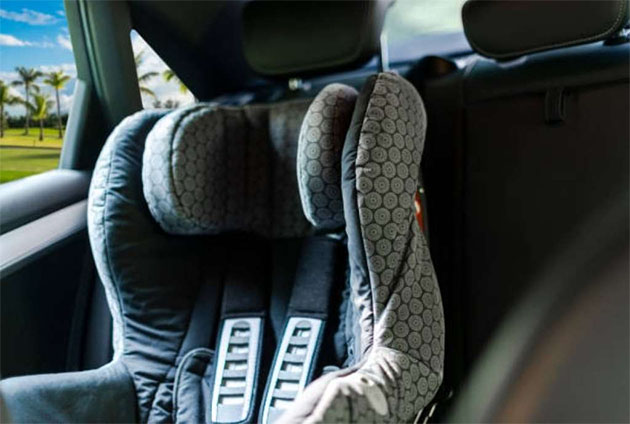 Sad news coming in from Kumasi in the Ashanti Region indicates that a 3-year-old boy was found dead in a car at Roman Hill.

Stephen Acheampong’s body was discovered some few minutes he was reported missing by his mum, Doris Amofa, who had gone to pick him up after school had closed on Monday, October 18, 2021.

It is however not clear how the deceased, a day care pupil found his way into the Toyota Corolla vehicle with registration number GE 7600-20, which was parked at the premises of of the St. Peter’s Catholic Church.

The owner of the vehicle, Theresa Mensah, who made the shocking discovery drew the attention of the Headmistress of the nursery school, Agnes Gyamfua who later reported the matter to the police at Manhyia.

“Police proceeded and found the lifeless body of the 3-year-old boy lying prone position at the rear seat with a whitish foamy fluid on the mouth”, a police statement read adding: “No marks of violence was found on the body”.
The victim was rushed to the Manhyia Government Hospital where he was pronounced dead.

Stephen’s uncle, Adusei Opoku said the family will cooperate with the police to uncover the circumstances surrounding his nephew’s death.

“It’s a sad development. My sister [Stephen’s mother] is traumatized. The family is in grief. We hope and pray the police will do a thorough job”, Opoku said amid tears.

The incident comes after two children were found dead in a broken down vehicle at Alajo in Accra, Ghana’s capital.

While their parents suspect foul play, police say investigations have been launched following the shocking discovery.

Meanwhile, his body has been sent to the Komfo Anokye Teaching Hospital (KATH) morgue for autopsy.