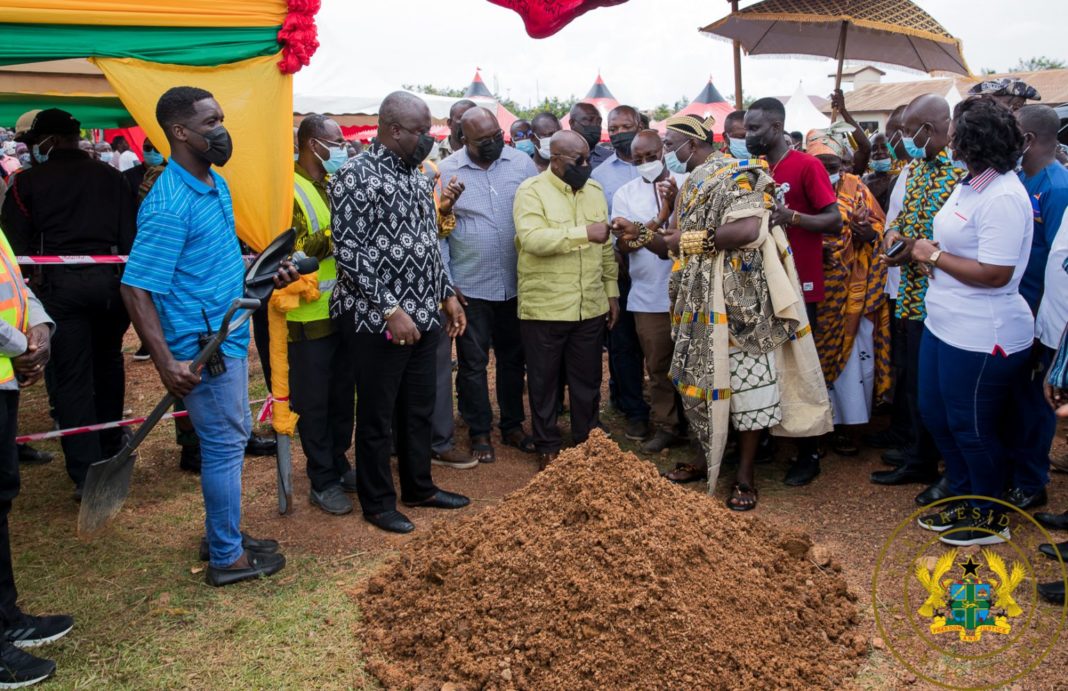 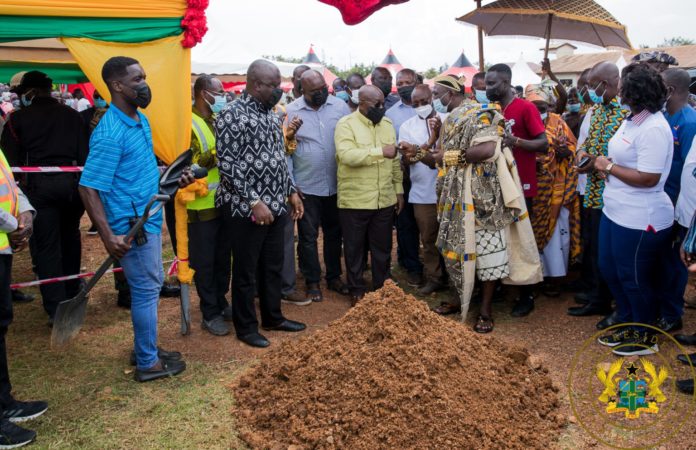 Paramount Chief of Twifo Hemang Traditional Area, Otumfuo Amoah Sasraku III is of the view that President Akufo-Addo is the country’s redeemer just as Moses in the Holy Bible was for the people of Israel.

“We will remain ever grateful to you, our President; and to God for the rare gift of visionary leadership in governance and in an administration that he has given you to serve this nation. It is without a doubt that God has indeed ordained you to lead Ghana onto a path of self-reliance and economic freedom. Clearly, you are the Moses of our time.”

These were the words of Otumfuo Amoah Sasraku III, Paramount Chief of Twifo Hemang Traditional Area, when President Akufo-Addo, paid a courtesy call on him on Tuesday, October 19, as part of his two-day working visit to the Central region.

Otumfuo Amoah Sasraku III applauded the President for his decision to embark on a tour of the country, adding that “irrespective of the remote nature of our communities and its nearly impassable roads, you are still able to touch base with us and offer solutions to our concerns.”

According to the Chief, the many projects undertaken by the current Akufo-Addo-led administration cannot be undervalued.

“Even in the absence of the luxury of time to state the life-changing interventions the President has instituted to the benefit of Ghanaians, I cannot be silent about the huge school projects that are dotted all around our communities; many of which are completed, whilst others are at varying stages of completion.”

He continued, “This exemplifies the President’s renown as an avowed proponent of universal education for our young ones. A lot has already been said about the Free SHS policy and Free School Feeding Programme.

It is now a thing of the past to hear people ask for handouts to pay the school fees of their wards. This is a personal testimony and we are. The kids and their parents are therefore grateful”.

Concluding, Otumfuo Amoah Sasraku III also mentioned the construction of Community Small Water Systems across the traditional area, to take care of the water and sanitation needs of the people, as yet another example of the achievements undertaken by President Akufo-Addo in the area.