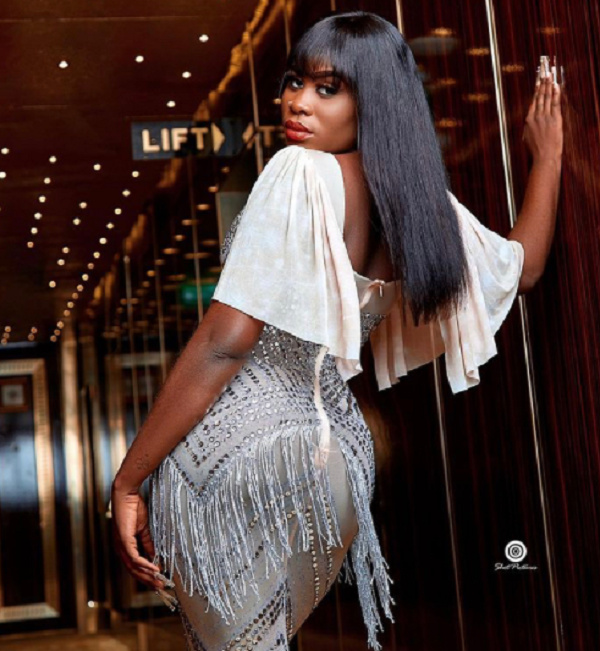 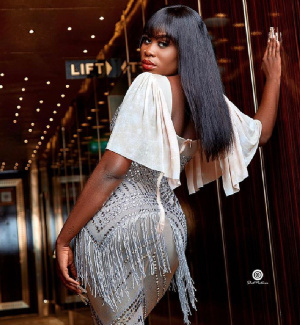 Popular Kumawood actress and singer, Yaa Jackson who usually shares raunchy photos on social media surprised many with her recent birthday photos in which she was decently dressed.

The songstress shared these amazing pictures to celebrate her birthday which falls on October 18, 2021.

Yaa Jackson fully covered herself this time around in her long fringe gown, making her look more mature.

One can recall that the budding singer has been captured several times on social media wearing see-through and skimpy outfits.

Watch the photos below; 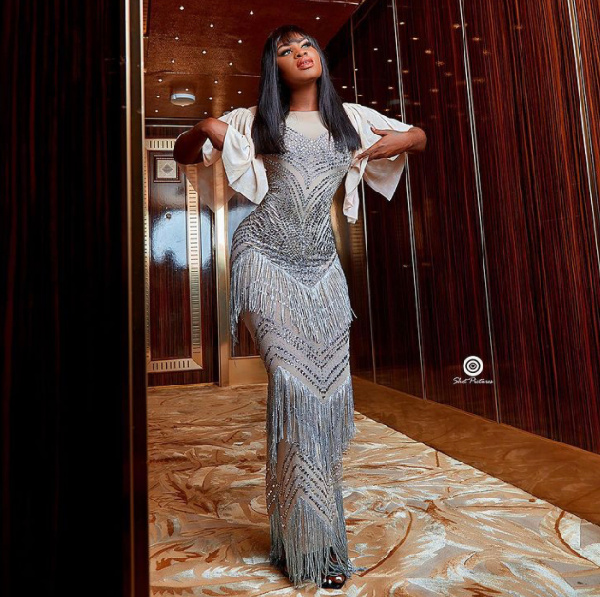 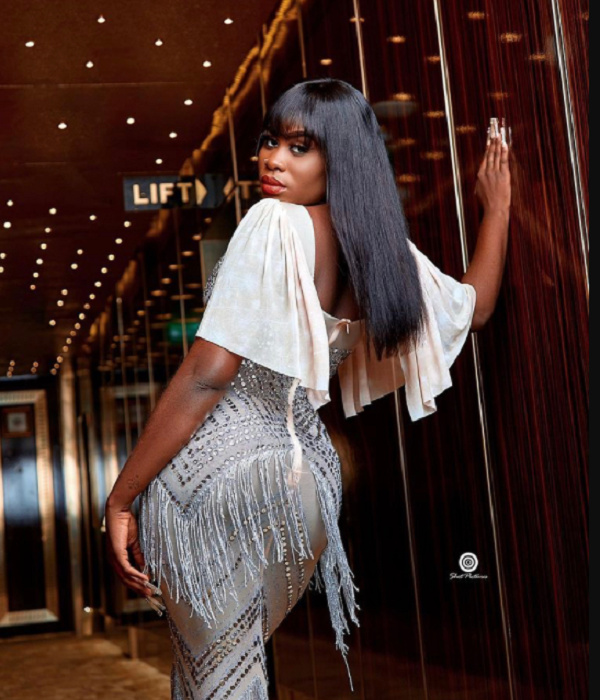