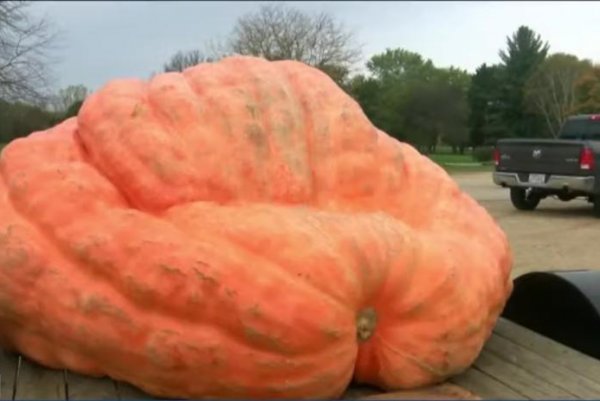 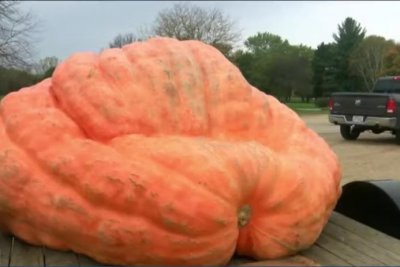 Oct. 18 (UPI) — A Wisconsin farmer grew a 2,520-pound pumpkin believed to be the heaviest grown in the country this year, but it was disqualified from competition due to a crack.

Mike Schmit of Markesan said he has been growing giant pumpkins for years, but this year marked the first time one of his gourds surpassed 2,500 pounds.

Schmit’s 2,520-pound pumpkin is believed to be the largest grown in the United States this year, but it was disqualified from competition due to a fingernail-sized crack in the vegetable’s exterior.

The pumpkin could have earned Schmit a $22,680 prize from 2021 Safeway World Championship Pumpkin Weigh-Off in California, which offers a $9-per-pound prize to the winner.

Schmit said he is now looking toward the future.

“It happens. There’s no crying in pumpkin growing,” Schmit told WTMJ-TV. “I know I can do it again, so we just gotta look forward to the future.”

The all-time record for a pumpkin grown in the United States was set in 2018 by Steve Geddes of Boscawen, N.H., whose pumpkin tipped the scales at 2,528 pounds.