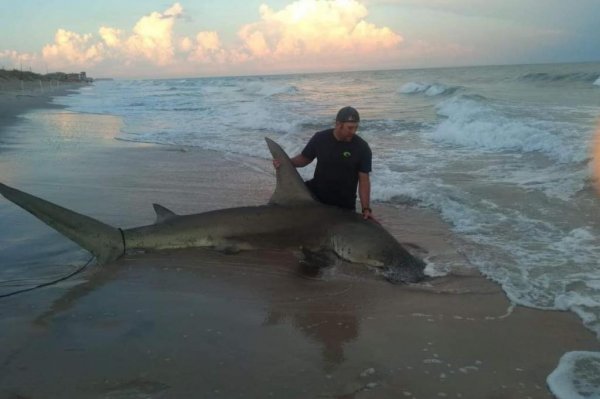 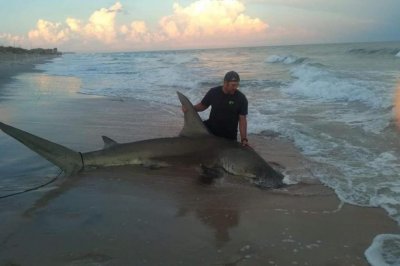 Oct. 19 (UPI) — A North Carolina man fishing from a beach said he was shocked to reel in a hammerhead shark measuring more than 13 feet long.

Blake Cochran said he and his friends were fishing for sharks and red drums at North Topsail Beach when he felt something large on his line.

“I knew it was something big,” Cochran told WSOC-TV. “The biggest shark I’ve caught up to this point was like 4 feet, and this one, when I pulled it in, it was insane.”

He said the pull on his line felt “like being hooked to a car.”

Cochran ended up reeling in a 13-foot, 6-inch hammerhead shark that he estimated to weigh 500-700 pounds. He posted a photo of his catch to Facebook.

“He was pretty heavy,” Cochran said. “It takes two to three people. You wade out to your neck and revive them and then let them go.”