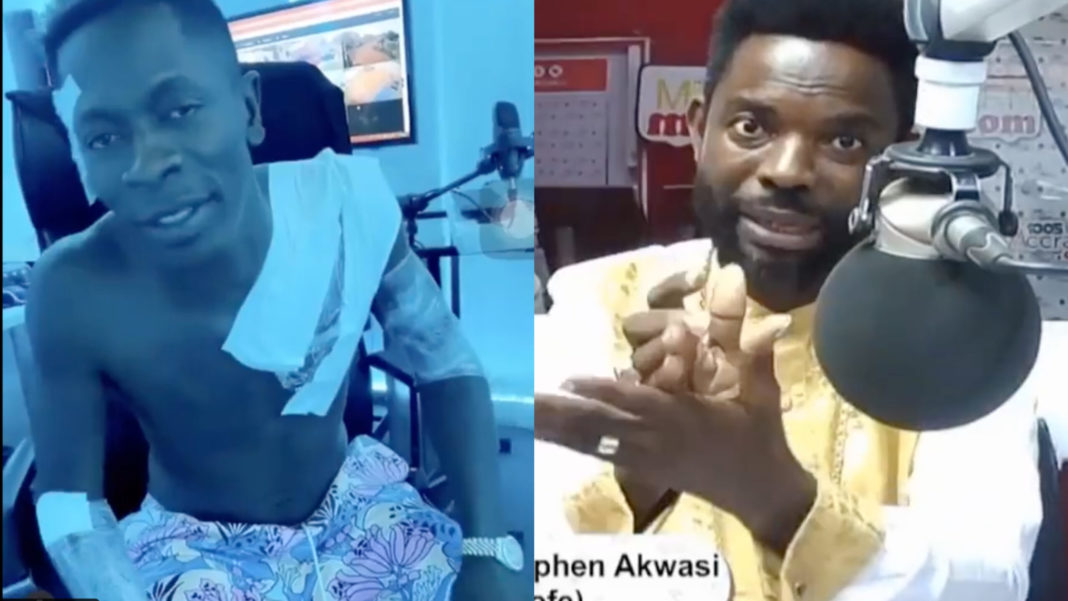 A video of a Ghanaian preacher predicting the death of reggae-dancehall artiste Shatta Wale has resurfaced after his supposed shooting today.

According to Jesus Ahoufe, Shatta Wale will be shot and killed a day after his birthday on October 17, 2021.

Well, true to his words, there was a piece of unconfirmed news that Shatta Wale was shot and rushed to the hospital today.

However many believe it is a stunt from the quarters of Shatta Wale in order to give cosmetic credence to the earlier prophecy of Jesus Ahoufe on his life. 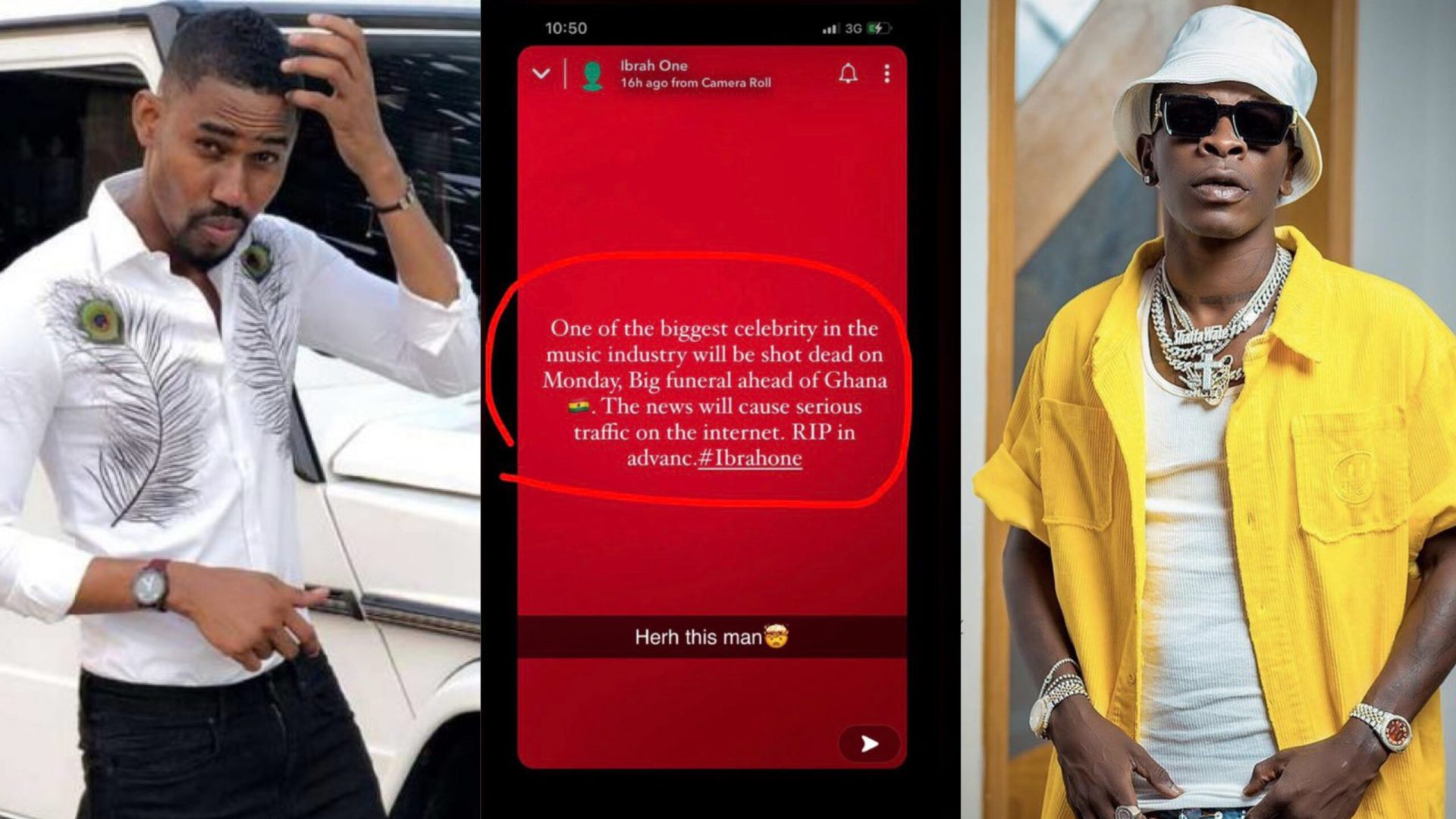 Ghana big boy Ibrah One had predicted the supposed shooting and killing of Shatta Wale on Monday.

In a Snapchat update, Ibrah One had said Ghana would be thrown into a state of mourning after its biggest celebrity had been shot and killed.

This tie into the unconfirmed news of Shatta Wale sustaining gunshot wounds after an attack on his life.

Wild rumours spreading quickly on social media being keenly monitored by www.Ghbase.com indicate that Shatta Wale has been shot and he’s receiving treatment at the intensive unit at an undisclosed hospital.

Before we even proceed further, be reminded that this is a mere rumour and at this point, we don’t actually have more facts on the ground to corroborate this. In the meantime, a lot of fans are apprehensive as a few people close to the SM boss have allegedly confirmed this.

Meanwhile, the Snapchat update Ibrah One shared hours before the supposed incident puts into perspective how the news about Shatta Wale being shot is true or otherwise. 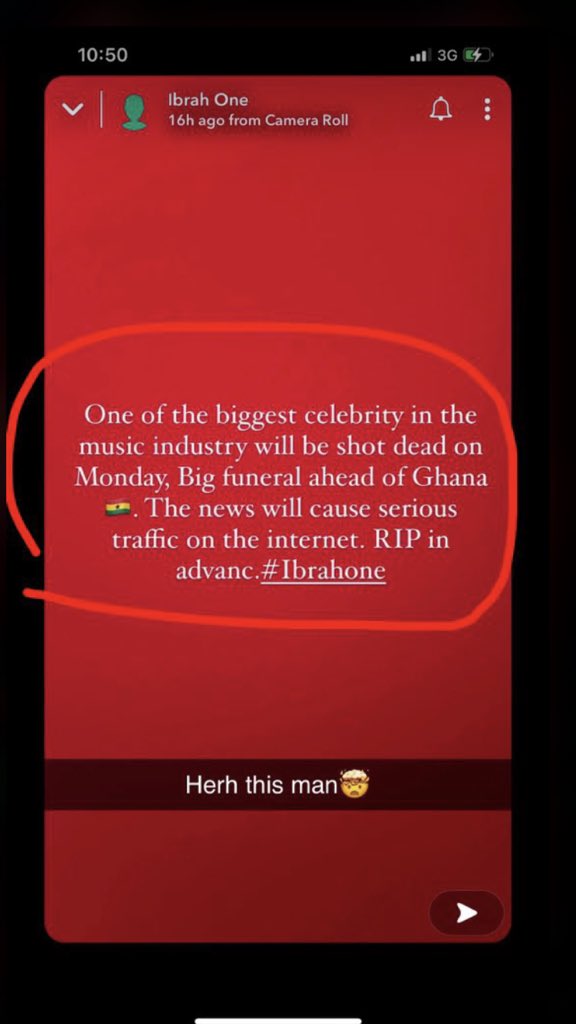