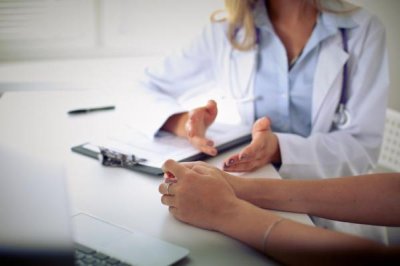 Oct. 18 (UPI) — Medicare spent nearly $600 million over a three-year period to pay for cancer care involving four drugs later found to provide no clinical benefit for some forms of the disease for which the Food and Drug Administration approved them, an analysis published Monday by JAMA Internal Medicine found.

More than $170 million of this spending was for products voluntarily withdrawn by their manufacturers after clinical trials showed that they did not improve overall survival in people with various types of cancer, including breast and lung as well as liver and urinary tract cancers, the data showed.

All of the drugs included in the analysis were cleared for use under the FDA’s “accelerated approval” program, which expedites the evaluation process for select new treatments so that patients can have access to them sooner.

That program has come under scrutiny recently, though the agency did not respond to UPI’s requests for comment on the study findings.

“We are spending a significant amount of money on these drugs, which do not have proof of efficacy,” study co-author Mahnum Shahzad, a doctoral student in health policy at Harvard University, told UPI.

“That is not to say that approving these drugs was a bad idea, but more that the public needs to understand that because a drug is approved, it does not mean we are certain it has benefit,” she said.

Based on the study findings, the FDA’s accelerated approval process needs to be reformed “so that the benefits of early access are better balanced with the downsides of spending large sums of money on drugs without clinical benefit,” Shahzad said.

The accelerated approval program came under scrutiny earlier this year after it green-lighted the Alzheimer’s drug aducanumab, marketed as Aduhelm, despite what some said was limited evidence of its effectiveness.

Following that controversy, in August, the Health and Human Services department announced plans to review the FDA’s use of the accelerated approval program, with the final report due in late 2022, at the earliest.

The analysis focused on Medicare Part B and Part D spending — which covers outpatient medical care and prescription drugs, respectively, — in 2017, 2018 and 2019, the researchers said.

It focused on four medications, according to the researchers: atezolizumab, which is sold under the brand name Tecentriq; durvalumab, or Drazalex; nivolumab, or Opdivo; and pembrolizumab, or Keytruda.

All four had received accelerated approval to treat historically challenging forms of cancer, but the recommended indications, or the diseases they could treat, were later changed after clinical trials found they failed to improve overall survival.

Atezolizumab was approved to treat transitional cell carcinoma, or urothelial carcinoma, a type of cancer that typically occurs in the urinary system but the manufacturer voluntarily changed its recommended indication for patients eligible for other options in March.

The drug still is cleared for use in advanced or metastatic breast cancer.

Similarly, manufacturer Medimmune/AstraZeneca changed the recommended indication for durvalumab, which had also been approved to treat transitional cell carcinoma, in February.

Meanwhile, nivolumab, was approved for use in hepatocellular carcinoma, or liver cancer, and small-cell lung cancer, the less common form of the disease, but the recommended indication was changed late last year.

Pembrolizumab remains cleared for use in transitional cell carcinoma and hepatocellular carcinoma, but it is no longer indicated for certain forms of gastrointestinal and esophagus cancers, as well as small-cell lung cancer.

A separate analysis by the same research team, also published Monday by JAMA Internal Medicine, found that in 2018, nearly 60% of cancer patients with private insurance nationally received an oral targeted treatment that did not lead to improved overall survival in clinical trials.

These treatments typically come in pill form and are taken daily with the goal of stopping cancer cells from growing, according to the American Cancer Society.

Between 2011 and 2018, cumulative spending on 44 FDA-approved oral targeted therapy drugs was $3.5 billion, with more than half of that devoted to products that did not provide a “documented overall survival benefit” in clinical trials.

“The expectation for new cancer drugs is that they help patients live better longer but, increasingly, more cancer drugs are approved without evidence of these expected benefits, while, at the same time, cancer drug prices are rising,” study co-author Anita Katharina Wagner told UPI in an email.

“Our study shows that new cancer drugs without documented overall survival benefit are increasingly used and that they account for substantial healthcare spending,” said Wagner, an associate professor of population medicine at Harvard.