Scottish police rescue seal with beverage can stuck over its jaw 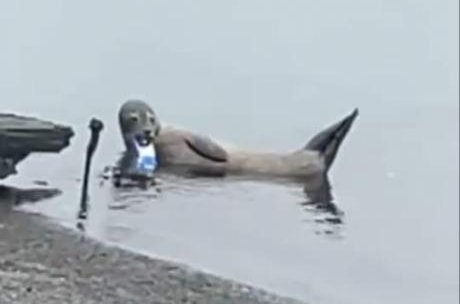 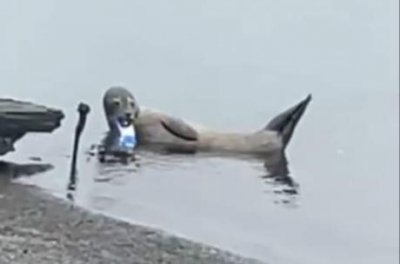 Oct. 18 (UPI) — A seal spotted swimming for more than a week with a Red Bull energy drink can stuck to its mouth was rescued by police in Scotland.

The seal was first spotted Oct. 6 swimming off the coast of Belfast, Northern Ireland, with the can wedged on its lower jaw, and a rescue operation was launched by the Exploris seal rescue team in collaboration with the Belfast Harbor Police, Lagan Search and Rescue and the charity Debbie Doolittle Wildlife Rescue.

The rescuers were unable to capture the seal, but the animal was rescued during the weekend when it turned up on the Scottish side of the River Clyde.

Scotland’s Ministry of Defense said the seal was spotted resting on a storm drain.

“MoD Police Clyde Marine Unit officers freed this animal in distress and would urge people to take extra care in how they dispose of their rubbish near any waterway,” a spokesman told the BBC.

The news of the rescue was welcomed by the rescuers who had attempted to help the seal on the other side of the river.

“We are delighted to hear that its ordeal has had such a positive outcome,” Lagan Search and Rescue said in a Facebook post.