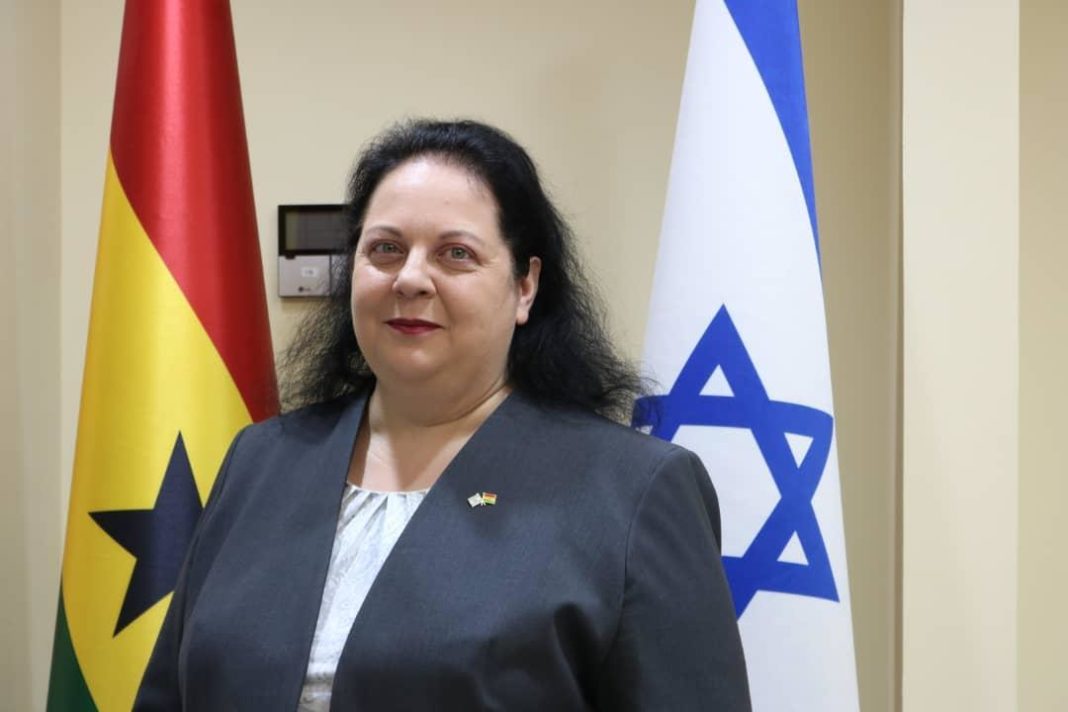 The State of Israel has appointed Shlomit Sufa as the new Ambassador to Ghana, Liberia and Sierra Leone.

She replaces Ambassador Shani Cooper, who ended her tour of duty in Ghana in June 2021.

A statement issued by the Embassy of Israel on Tuesday in Accra said Ambassador Sufa came to Ghana with 20 years of diplomatic experience after serving in Canada, Switzerland and Ethiopia.

It said prior to her appointment, she was a participant in the prestigious National Security Programme at the Israeli National Defense Collage, adding that from September 2019 to August 2020, she served as the Minister-Councilor, South East Asia Department in the Asia and Pacific Division of the Ministry of Foreign Affairs in Israel.

Ambassador Sufa in a video released by the Israeli Ministry of Foreign Affairs to promote her appointment recounted her journey to becoming a diplomat.

“I remember myself reading travel books of world discoverers and looking at atlases, wondering about other countries and cultures. I have always been drawn to this field as well as engaging in work for Israel and for the betterment of the public,” she said.

She noted that Israel was renowned for its capabilities in agriculture, water technologies, hi-tech and medical care and hoped to promote projects in Ghana, Liberia and Sierra Leone to achieve the United Nations Sustainable Development Goals and address food security, water management and digitalisation in the three countries.

Israel has a long-term diplomatic and bilateral partnership with Ghana.

Ghana is the first African country to establish diplomatic relations with the State of Israel, the second state in Africa to have an Israeli embassy and the first African state to have a state visit by Israel’s former Foreign Minister Golda Meir in 1958.

In 2011, the State of Israel reopened its Embassy in Accra, which has since strengthened the relations between Israel and Ghana.
GNA