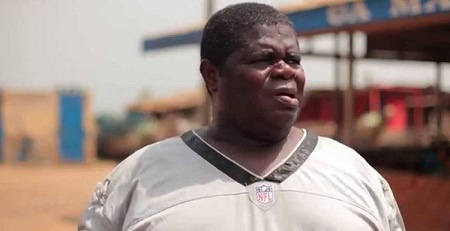 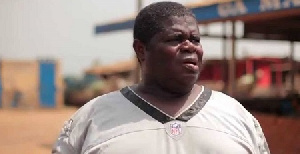 Award-winning Ghanaian actor, Psalm Adjeteyfio, popularly known as T.T, has disclosed that his ex-wife started most of the unfortunate events that happened in his life.

According to him, she was impatient and always wanted things done her way “and was always getting me angry.”

Explaining how everything started to Kwabena Boafo on Happy 98.9 FM’s Obra Yi Edition of the NsemPii show, he said, “She always did what I did not like so there was no peace and joy in our home. It was always full of misunderstanding.”

The veteran actor noted that the improper actions of his wife had an influence on his life and career in general as he was unable to concentrate and, “this pushed me to go in for someone else who is now my wife”.

“If you have no peace in your house, it becomes evident in everything you do and this was my story when it came to my wife. She always did what I asked her not to do and that really got to me,” he said.

Responding to rumors about him abandoning his children after he and his wife separated, he explained that, “I did not abandon my children. I just had to give them space because of my wife’s actions and I did not want what was happening to us to affect them.”

He however added that, he has a good relationship with all 4 children of his, and they were always there for him especially when he fell ill. “I really appreciate them and all they did, especially my eldest son Ezra. They all stood by me in my struggles all these years,” he said.

Meanwhile, you can watch the latest episode of Bloggers’ Forum below.