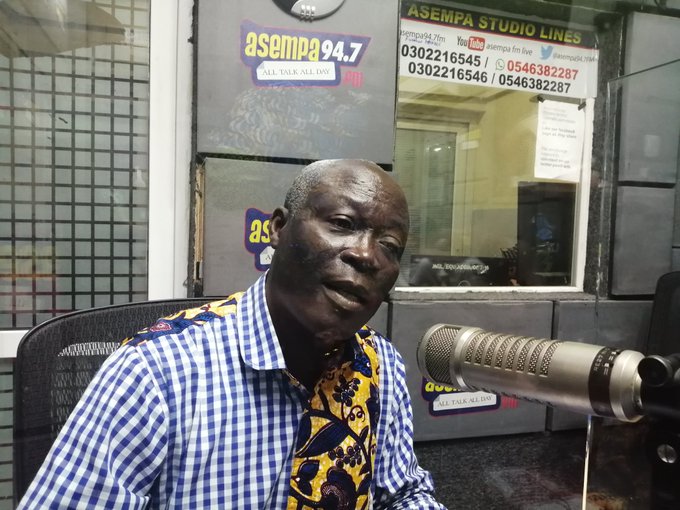 The Minority in Parliament has demanded a re-run of the confirmation processes of some Metropolitan, Municipal and District Chief Executive (MMDCE) nominees.

Addressing the media on Tuesday, Ranking Member on the Local Government Committee of Parliament, Nii Lante Vanderpuye, stated that the use of force on Assembly Members, prevention of qualified members from entering voting centres plus the forceful eviction of some members from voting centres make the confirmation of some of the nominees invalid.

“We are, therefore, calling on the President and Local Government Minister, to immediately, order a re-run of the confirmation exercise in all the assemblies that recorded any such disgraceful process; Bibiani Anhwiaso Bekwai, Assin South, Sekyere Kumawu, Cape Coast, and others where the processes were manipulated, to prevent known Assembly Members from exercising their constitutional mandate,” he said.

Mr Vanderpuye added that the local governance system is the catalyst for the overall development of the country, hence it should not be undermined through such activities, adding that it must be protected and its dignity respected.

This comes after the approval of MMDCEs in some districts was marred by controversies.

In Wa, there were mixed feelings among Assembly Members, the political class, and observers present at the Wa Municipal Assembly Conference Hall when at the end of counting of ballots, Alhaji Moomen secured 29 Yes votes as against 16 No.

The heavy presence of armed police personnel did not prevent tempers from rising inside the hall. This resulted in pockets of violence that led to the arrest of two persons.

Shortly after the disturbance, information emerged from the conference hall that Alhaji Moomen had secured the required 30 votes because one of the 16 votes against him had been recorded in his favour after a re-examination by the Electoral Commission (EC).

This sparked another round of heated arguments among Assembly Members and political elements present at the centre.

In Assin South District, some aggrieved Assembly Members invoked curses on the newly confirmed DCE for Assin South, Felicia Amissah Ntrakwah, Police Service and the EC officials for not allowing them to take part in the confirmation of the DCE.

The group, made up of 15 Assembly Members slaughtered a sheep, cracked some eggs and poured libation with bottles of schnapps to invoke the curses.

Mr Vanderpuye mentioned Lawra, and Tarkwa Nsueam as other places the NDC observed were fraught with controversies.

In Tarkwa Nsueam “you all recall the unfortunate acts of assault, brutality, and forceful eviction, from the assembly hall that characterised the approval of the presidential nominee in Tarkwa last year in May.”

“Today, upon the nomination of the same DCE, the assemblymen are being told a weird story that because the DCE was nominated and approved just last year, there won’t be any approval this year. This attempt to get the DCE to go back to the office without the approval of the two-thirds members present and voting would be resisted,” Mr Vanderpuye said.

The Ranking Member stated that the party will continue to monitor the confirmation processes in other districts and report on them.

He called on the President to not impose on the people, nominees that have already been rejected.

Mr Vanderpuye stated that there are other people from the various districts the President can work with to ensure effective local development.