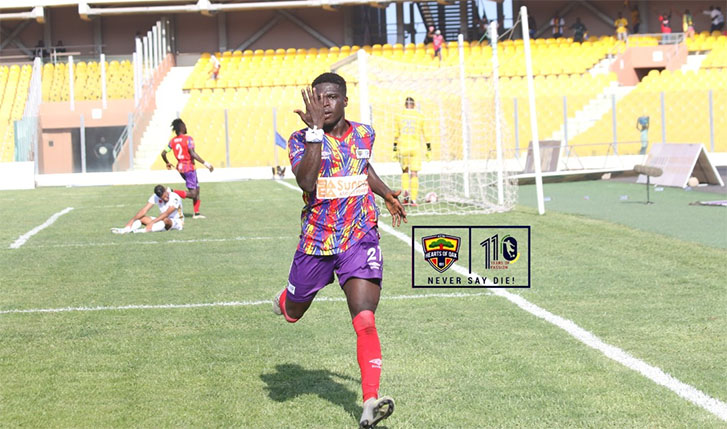 Isaac Mensah celebrating after scoring the only goal of the match

It was Isaac Mensah’s first half strike that separated the two sides to save the day for Hearts.

The slender lead means that the Phobians will have to go the extra mile in order to stand a chance of making it to the group stage.

Hearts began brightly after Kofi Kordzi connected a pass from Salifu but his effort went wide.

WAC midfielder Muaid Elfer on the other hand tested goalkeeper Richard Attah with a long range shot, with the stopper proven equal to the task.

Hearts survived on the verge of full time scare after Wydad AC scored what they thought was the equaliser but the referee ruled it as offside.