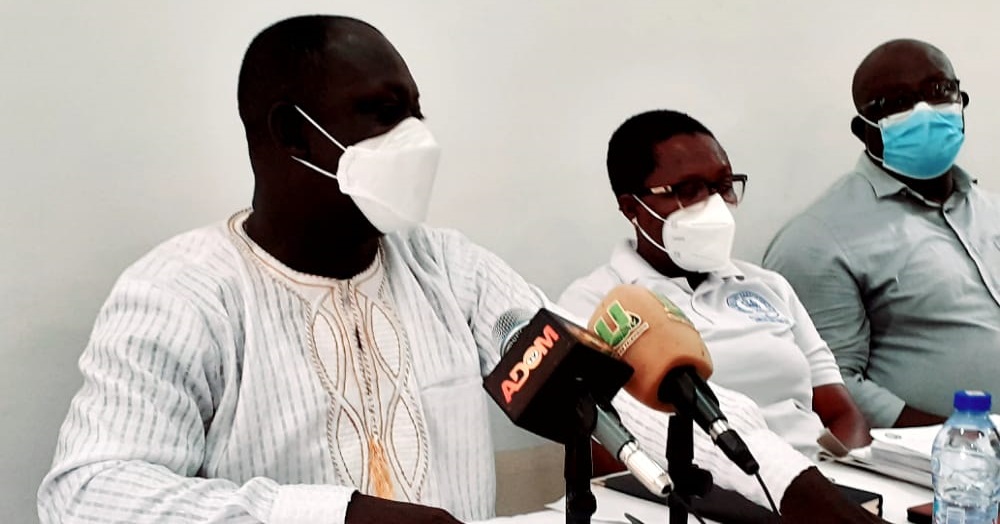 The Judicial Service Staff Association of Ghana (JUSAG) says its members will on Thursday, October 28, 2021, embark on a nationwide strike over the government’s failure to review their salaries and allowances.

Officials of JUSAG after an executive committee meeting a few days ago said they were giving the government a two-week ultimatum to resolve their grievances.

Although the deadline elapsed on Friday, October 15, 2021, the leadership of JUSAG insists they have not had positive feedback from the government, hence the decision to put down their tools.

Briefing the media in Accra on Monday, October 18, 2021, the President of JUSAG, Alex Nartey, entreated all judicial service workers across the country to join the strike action until their demands are met.

According to him, they have gone past negotiations.

“The strike is going to be a nationwide strike because it is a decision by the National Executive Council. We can’t tell how long it will take. It will be determined by how the government deals with the issue. We have gone belong to dialogue.”

JUSAG last went on strike on November 13, 2019, also because of the government’s failure to review the salaries of its members.

At the time, JUSAG said the Judicial Council had failed to release the report on their negotiations for onward approval by the President.

The strike disrupted work at the courts nationwide.