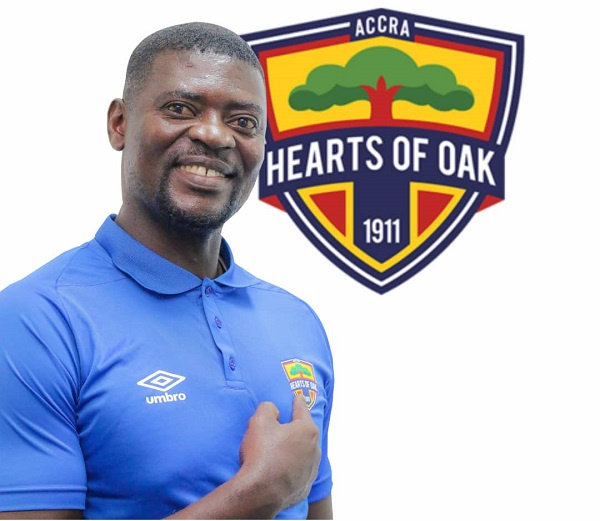 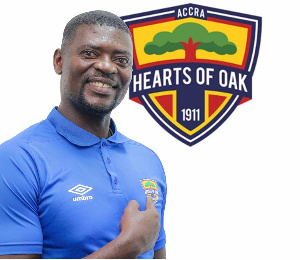 Samuel Boadu, Head Coach of Accra Hearts of Oak, says they are sure of qualification to the next stage of the competition despite their narrow win over Wydad Athletic Club of Morocco in the first leg of the Confederation of Africa Football (CAF) Champions League at the Accra Sports Stadium, last Sunday.

A solitary strike from Isaac Mensah handed Hearts of Oak victory in the second round first leg encounter of the 2021/22 TotalEnergies CAF Champions League.

Speaking in a post-match interview, Coach Boadu said he was happy with the team’s performance but insisted that they could have scored more if his players were composed in front of goal.

“It was a very good game tactically. Most people thought we couldn’t score a goal here, with the thinking that they had good players compared to us. But on the field off play you could see that we had good players that could stand our opponent.

“It was quite unfortunate we couldn’t score more goals but we are okay with the one goal that we score. We needed composure in the final third but we couldn’t exhibit that calmness in front goal but we have learnt a lot from this clash and we are going to work on it and improve.

“The fans should not give up because that is our motto. We are going out there to make sure we qualify,” he said.

Coach Boadu remained hopeful of getting his squad fully fit for the reverse fixture especially Raddy Ovouka’s who was substituted in the first half due to injury.