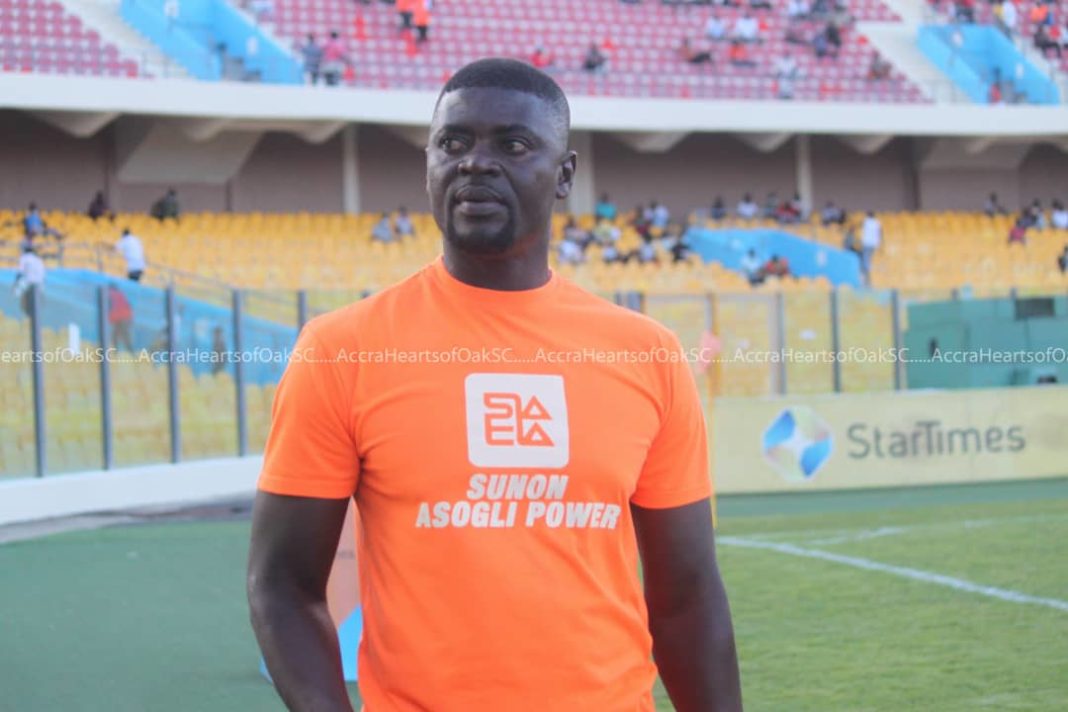 Hearts of Oak head coach, Samuel Boadu, says he is not giving up on Caf Champions League group phase qualification.

The Ghana Premier League side recorded a 1-0 win against Wydad Athletic Club in the first leg of the competition.

Hearts of Oak will travel to Morocco to honour the second leg game on Sunday, October 24 at the Stade V Mohammed.

Boadu, speaking after the game, said they have abundant quality to make it to the group stage of the competition.

“We have learnt a lot from this game [against WAC],” he said. “We’ll surely manage our style of play in the return leg tie for a good outcome in Morocco,” Boadu told reporters after the game.”

Striker Isaac Mensah scored the only goal of the game in the first half on Sunday to keep their qualification chances alive.

“The fans shouldn’t give up and that’s our motto ‘Never Say Die’. We are travelling to Morocco to qualify for the next stage of the competition,” he added.

The winner of the tie will make it to the group phase of the competition.