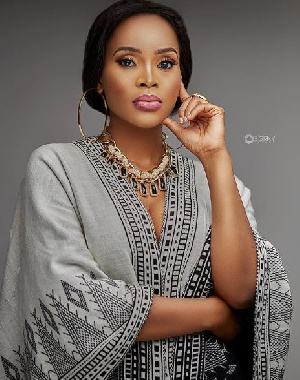 Ghanaian actress and TV personality, Benedicta Gafah is mourning the death of her father.

The bereaved Kumawood actor took to her Instagram page to break the news on Sunday, October 17, 2021.

She is however yet to reveal the cause of death and plans for his burial.

In a now-deleted post, Benedicta Gafah prayed for her father’s soul to rest well as she cried why he left at this time.

It can be recalled that this is the second news of death the actress has received in less than a year.

In an earlier instance, Benedicta took to social media to mourn the death of her best friend of eight years, Esther Maame Esi, who was killed in a car accident.