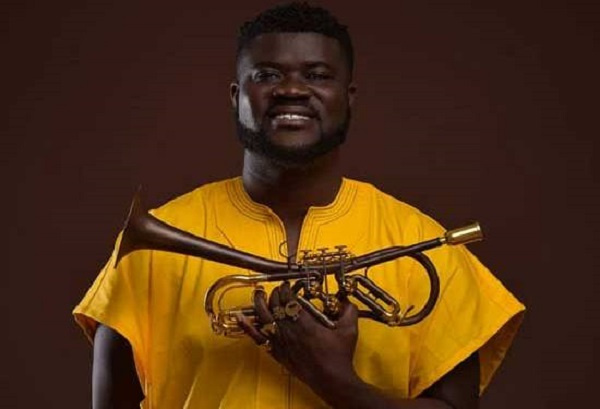 Highlife & Afrobeat trumpet player, bandleader & producer, Bering Amo, has observed that a lot of artistes claim to be doing highlife but do not understand the genre.

The musician, who has been out of the country for a while, says he is back to help fix that mess and restore the authentic Ghanaian highlife.

He said this in an interview with host, Doctar Cann on Happy FM’s Xtra.

“We’ve formed our first big band called Osabarima Big Band. If you look at the days of the Rumblers, E.T Mensah and the likes, the type of big band sound that they used to do is no more in existence so the Osabarima Big Band will bring that back”, he said while detailing how he plans to revive the authentic Ghanaian highlife.

Berima Amo added that the Rumblers Band was the last of its kind and it also died thirty years ago, hence, the new Osabarima Big Band that he has formed with his team will be the rebirth of these bands, and to start with, they will be releasing songs to honour the past highlife legends.

“Last two weeks, we released a song called ‘Mawerekyekyer3’ to honour C.K Mann, and last week, we did an instrumental tribute for Nana Ampadu. This Friday, we will be releasing another song to honour E.T Mensah. We’ll be doing this till December and then we move into the next phase”, he further mentioned on the show.