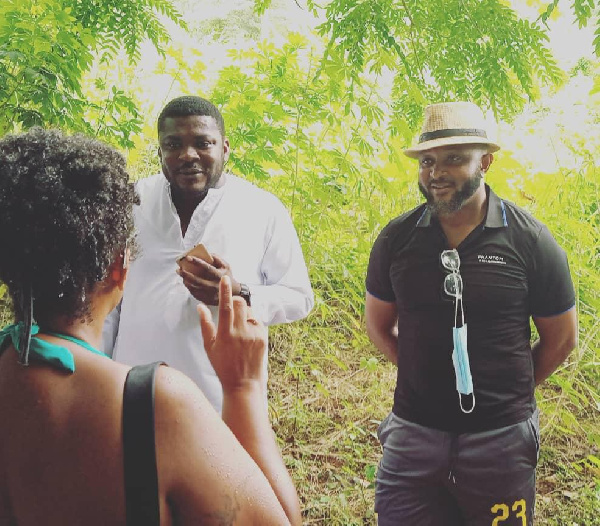 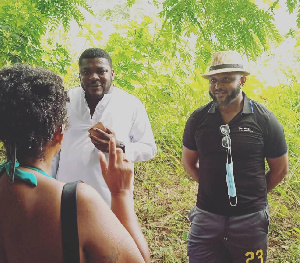 Yaw Ampofo Ankrah (right) with the DCE for Okere

The Chairman of the Ghana Beach Soccer Committee has applauded the CEO of the Okere District Assembly Hon Kenneth Dan Addo for transforming the virgin forest into a mini Beach Soccer arena in just 6 weeks.

Speaking to the media who are covering the ongoing 2021 Odwira Beach Soccer Cup, Yaw Ampofo Ankrah described the development as “monumental” and worthy of commendation by all.

“It’s not only about Beach Soccer actually, but more importantly, about uniting and developing communities as well as empowering the youth through Sports”.

The previously bushy vast land which leads to the captivating Asenema Waterfalls has been cleared to allow for the construction of the first Beach Soccer Arena in mainland Ghana.

The process has taken several weeks rather than many months thanks to a round-the-clock work timetable used to achieve what initially seemed impossible.

According to Ampofo Ankrah, following almost 2 years of inactivity, Ghana Beach Soccer has been revived by this singular sports development initiative led by the Okere District Assembly.

According to Ampofo Ankrah, the new development at Asenema means over 300 new players from the 20 towns will be introduced to the sand sport.