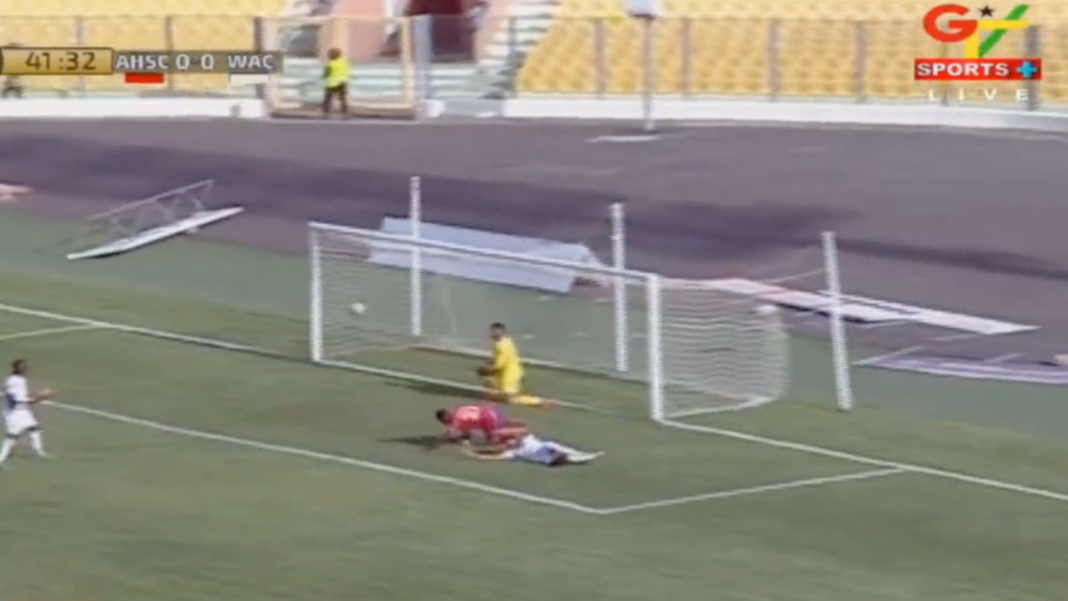 Hearts of Oak took a 1-0 lead against Wydad Athletic Club in the CAFC Champions League second-round qualifying match in Accra thanks to a brilliant first-half goal by striker Isaac Mensah.

After a difficult first half-hour in which the Phobians were constantly under pressure from the Moroccans, Samuel Boadu’s men turned up the heat in the final ten minutes before the halftime break with a series of fascinating attacking moves.

Salifu forced a fantastic save from WAC goalkeeper Tagnatoui just moments after Daniel Afriyie thought he should have had a penalty after being brought down by Tagnatoui in goal for WAC.

Hearts of Oak, on the other hand, did not take long to sting. Salifu’s inch-perfect cross from the left was met on the volley from 6 yards out by Isaac Mensah, causing a riot among the 2,000 authorized fans at Accra Stadium.

The first half ended with Hearts leading 1-0.