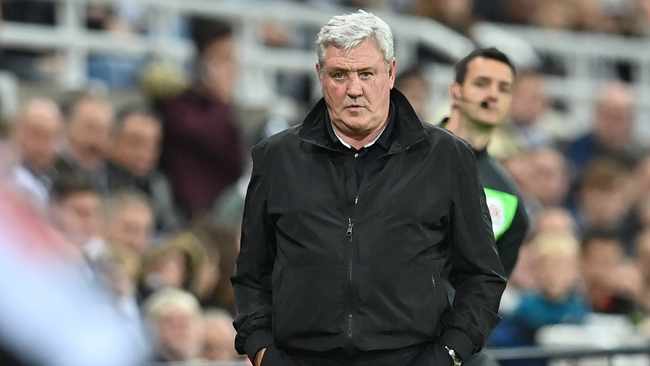 Newcastle United boss Steve Bruce took a defiant stance and vowed to carry on for as long as the club’s new owners wanted him to following a chastening 3-2 defeat by Tottenham Hotspur on Sunday in his 1000th match as a manager.

Newcastle were outplayed after taking an early lead at a boisterous St James’ Park, with Harry Kane grabbing his first league goal of the season for Spurs and Jonjo Shelvey getting sent off late in the match to cap off a torrid evening for the hosts.

Frustrated fans chanted for Bruce to be sacked and the game ended with boos from large sections of the home crowd as Newcastle remained winless in the league and second from bottom with three points from eight games.

“It’s not easy… I understand their frustration and how they’ve been for a long time… (but) I’m never going to chuck it when we are up against it and in the bottom three, that’s not me,” said Bruce.

“That (whether I stay) is for other people to decide. Ever since I have walked into this club of ours it is difficult. I knew how difficult was going to be with the frustrations. I will carry on as best I can until I hear otherwise,” the manager told the BBC.

“The owners have conducted themselves respectfully since they came in. As long as I hear otherwise, I will go into work tomorrow.”

Bruce has been speculated to be on his way out ever since Newcastle were taken over by a Saudi Arabia-led consortium this month, but the new owners earlier this week gave him a vote of confidence, saying that “change did not happen overnight”.

“My job is to get a few results. Unfortunately this year, if you’re a manager in the Premier League and you haven’t won in seven or eight, you come under pressure… it’s a big league for big boys,” added Bruce.

“The people of Newcastle want to see the club move forward. All I’ve ever wanted was to see this great club of ours move forward, but that’s going to take a bit of time.”