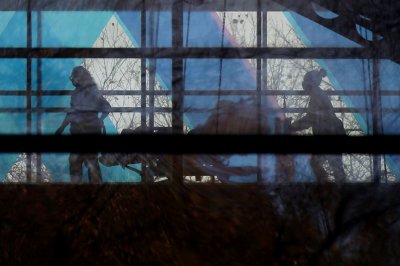 This figure is based on those with private insurance carriers who do not cover charges for “facility” fees, such as accommodations and in-patient pharmacy services, the researchers said.

However, even for those with plans who do cover these fees, which includes the majority of patients, out-of-pocket expenses average about $800, the data showed.

Meanwhile, patients with Medicare Advantage and are hospitalized with the virus spend an average of about $1,500 above what is covered by the plan, including facility fees, according to the researchers.

For those for whom the government-funded plans cover facility fees, out-of-pocket costs averaged about $400, they said.

“Under federal law, COVID-19 testing and vaccination is free in the vast majority of instances, but there is no federal law mandating free COVID-19 treatment, including hospitalization,” study co-author Dr. Kao-Ping Chua, told UPI in an email.

As a result, “most patients hospitalized for COVID-19 going forward will be billed thousands of dollars,” said Chua, a pediatrician and researcher at Michigan Medicine’s C.S. Mott Children’s Hospital in Ann Arbor.

Last year, as the pandemic reached the United States, most private and Medicare Advantage insurers voluntarily waived bills for COVID-19 hospitalization, according to America’s Health Insurance Plans and research by the Kaiser Family Foundation

However, by August, 72% of the two largest insurers in each state had started billing patients for hospitalizations, a Kaiser Family Foundation analysis found.

For this study, Chua and his colleagues analyzed hospital billing data for more than 4,000 people treated for COVID-19.

The patients, most of whom were older adults ages 50 to 80, were selected from a national health insurance claims data base and had been hospitalized between March and September last year, according to the researchers.

Just over one-third of the patients included in the analysis had private healthcare insurance, while the rest had Medicare Advantage plans, the researchers said.

“The major driver of out-of-pocket costs were facility services billed by hospitals, such as charges for room and board,” Chua said.

“Other services that contributed to out-of-pocket costs included ambulance services, testing services and physician services for managing patients in the hospital,” he said.