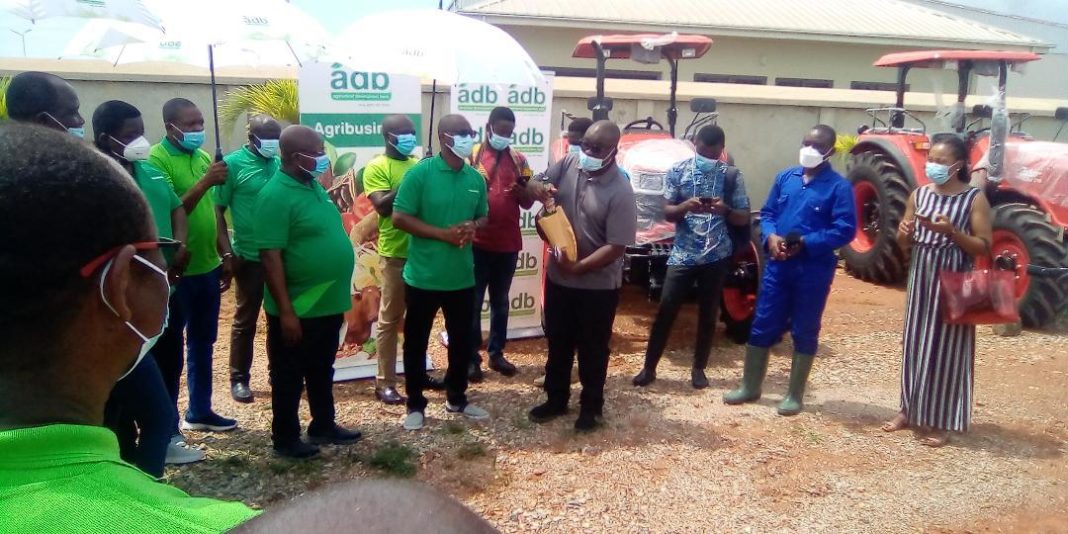 The Agricultural Development Bank (ADB) has so far disbursed in excess of over a GHS100 million to 17 companies under the ‘One District One Factory’(1D1F) initiative in the areas of agro- processing, aquaculture and poultry.

“As a bank, with the focus on agribusiness, we will continue to fund 1D1F initiative, mainly through the out-grower schemes to help industries to operate at full capacities and create more jobs.”

The new Board and Management of the ADB made the statement at a news briefing after visiting the Ekumfi Fruits and Juices Limited at Ekumfi in the Central Region to get first-hand information on the usage of funds extended to the facility. 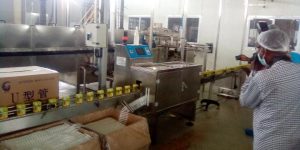 Daasebre Akuamoah Agyapong II, the Board Chairman and the Omanhene of the Kwahu Traditional Area said: “The visit by the new Board of Directors of the ADB is part of our commitment to get first-hand information on how loans disbursed to companies are being used and to further strengthen our relations with the cherished customers.”

He said through the Farm Direct Limited of the bank the Ekumfi Juice Factory, has had constant supply of raw materials to produce healthy Ekujuice and created 1,000 jobs within its catchment area.

“I wish to state that Farm Direct Limited is of unique interest due to our out-grower scheme project funded by the bank to support Ekumfi Juice Factory,” Daasebre Akuamoah Agyapong stated, adding that; “We have identified the out-grower scheme as a reliable way of supporting our industries with raw materials under the government’s 1D1F.”

He said the out-grower scheme also helped to create jobs in the local communities to curb the rural/urban migration menace.

The Board Chairman expressed gratitude to the previous board, especially for supporting the scheme and the Farm Direct for applying the funds for the purposes that it was intended for, saying; “We have seen what they are doing over here and we are happy that the funds have not been misused.

The Board and Management later handed over two tractors to the Ekumfi Juice Factory to support them in their operations.

Mr Frederick Kobbyna Acquaah, the Director of Operations of the Ekumfi Fruits and Juices Limited in a welcoming address expressed gratitude to the ADB for channeling funds through the Farm Direct Limited to support farming in the enclave to grow fruits and supply the raw material needs to the factory in a sustainable way.

He said the bank’s support had helped the factory to process 200,000 fruits per day and that would let Ghanaians see the Ekumfi juice on all shelves, homes and outside the country.

“Pineapple is our base, but pineapple alone is boring. Our pineapple plus ginger received a lot of commendations. Our vision in itself appears in our name, the company name Ekumfi Fruits and Juices Limited. So what it means is that we deal with fruits generally and we are doing the mixes. What we have here is multifruit processors. Ekumfi have been associated with quality and that is what we want to maintain and hold,” the Operations Officer said.

Mr Acquaah said the company would like to have a long hall relations with the ADB to venture into the production of variety of fruit juices, and that the capacity of the factory was 10 tons per hour, for a shift.

“Mr Chairman, supporting Ekumfi Fruits and Juices Limited has helped create jobs in the area and an expansion of this means expansion of job creation and all of this is giving meaning to the slogan of the ADB ‘Truly Agric and More.’”
GNA