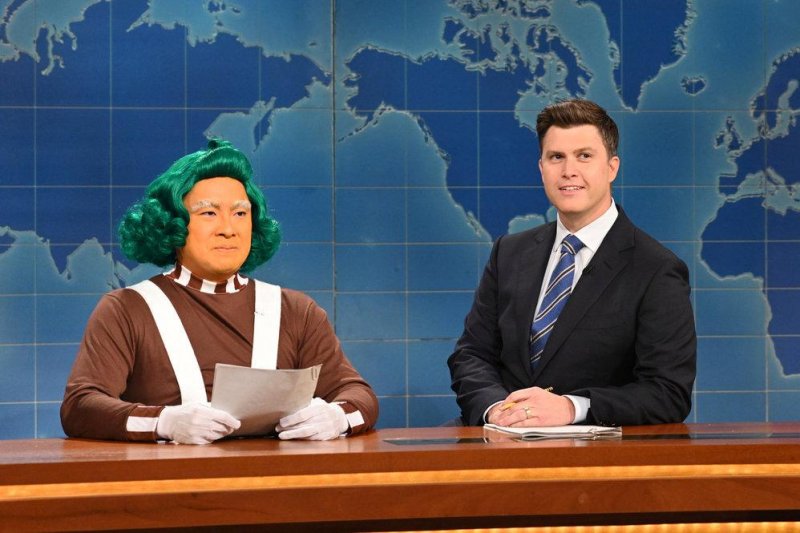 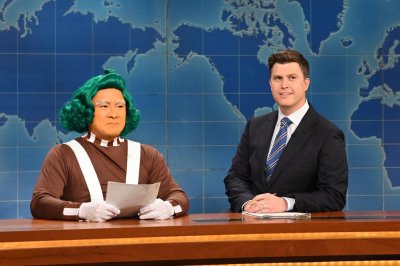 The Oompa Loompa popped by to discuss poor conditions at the Willy Wonka chocolate factory, the setting for Roald Dahl’s children’s story, which has spawned several films, including the upcoming, Wonka, starring Timothy Chalamet.

But the “Weekend Update” interview went off the rails when Jost introduced him as a “proud gay” Ooompa Loompa.

“Oh, my God,” Yang as the Oompa Loompa groaned. “It’s correct, but you just outed me on national television. It’s fine. Don’t feel bad. I actually came here to make a statement about our impending factory strike, but now, I guess, I’ve got to call my parents.”

He went on to say he was concerned his mother and father might be upset by the news because Loompa Land isn’t as progressive as New York City where SNL is taped.

“They just got Will & Grace,” he deadpanned.

Feeling inspired to speak the truth about everything now, the Oompa Loompa then complained that Willy Wonka was an idea man who didn’t know how to actually create candy or run a factory.

“He just tumbles into the inventing room and says something like, ‘What about a gumdrop that makes children dream silly dreams?’ And it’s like: ‘Yeah, bitch. What about it?’ Meanwhile, we are up all night rehearsing the little song and dance we do when a child dies!” the Oompa Loompa said. “The whole thing is sick!”