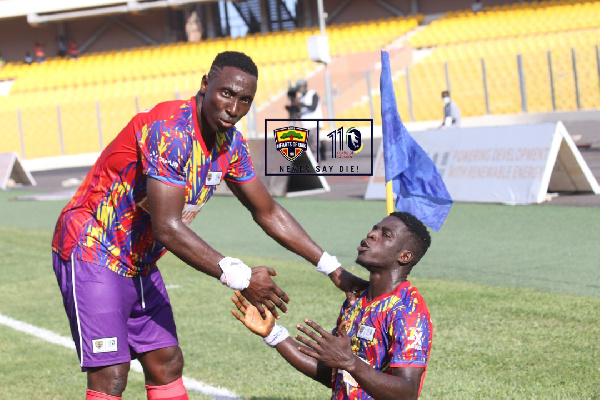 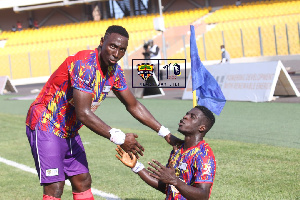 Defending champions of the Ghana Premier League, Accra Hearts of Oak secured a crucial victory in the second game of their CAF Champions League journey as a first-half goal boosted their chances of qualifying for the next stage of the competition.

The Phobians came into the game on the back of a 2-0 win against Kamsar in the first game and were looking to secure a good victory before playing their opponents in Morocco.

Wydad, who were without some key players and their head coach, put the hosts under massive pressure in the opening minutes of the first half but were unable to utilize their chances.

Isaac Mensah’s goal gave Hearts of Oak the win in the first leg.

This is how the Hearts of Oak players rated in the game.

The 26-year-old kept his second clean sheet in the Champions League this season, but was under some pressure early on in the game.

He was very busy in the opening stages of the first half as his team struggled to deal with the attack of their opponents in the first 20 minutes.

His ability to make crucial saves in that moment helped his side keep up the faith and go for the win.

He was largely untroubled in the second half.

The Hearts of skipper struggled in the first half of the game as he was the target of most of the Wydad attacks.

He put his team in danger on a couple of occasions in the first half, but provided a decent performance in the second half as his side took control of the game.

After making a return from injury, Ovouka came straight into the starting XI.

His return was however short-lived as he was substituted by Dankyi after sustaining another injury in the early stages of the first half.

Was not at his best in the first half of the game as he and his defensive partner struggled to keep Wydad out of the Phobian’s 18-yard box.

Struggled to deal with the attacking threat of Wydad in the first half but won a crucial duel in the first 20 minutes prior to the departure of Ovouka to keep his team in the game.

Had a very quiet game throughout and struggled to shield his team’s defence.

His frustration was summed up in the second as he was booked for bringing down an opponent.

Like his midfield partner, Nettey also struggled to protect the Phobian backline, especially in the first half.

He however made some good runs forward and registered an ambitious shot off target in the first half.

He was lively in a creative role and provided a beautiful cross to assist Mensah’s goal.

Salifu also worked the goalkeeper on some occasions with a couple of shots.

Made a good run into the box to attack Salifu’s cross to provide the Phobians a crucial victory on the day.

His overall performance was however not convincing as he had some concerns with his passing accuracy.

Not the best of display from the winger, but showed flashes of brilliance at some points in the game.

He almost won the Phobians a penalty in the first half after being perfectly put through by Kordzi.

Playing as the target man for the Phobians, Kordzi was a handful for the Wydad defence who struggled to deal with his presence.

He was initially isolated from play as a result of his team’s disjointed performance in the first 20 minutes of the first half but dominated the backline after the water break.