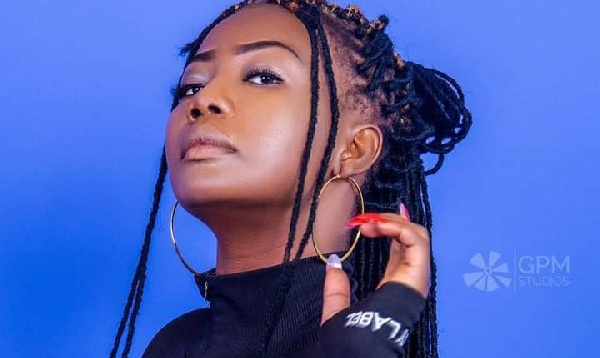 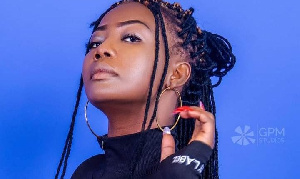 Bhadext Cona, a Ghanaian female musician has posited that she is a far superior musician compared to Kuami Eugene.

Appearing on Rainbow Entertainment today, Sunday, October 16, 2021, she stated without mincing words that Kuami Eugene is not as good as Ghanaians rate him.

She was speaking to host DJ Slash.

Bhadext Cona made the claims after she had alleged that Kuami Eugene had stolen her song ‘Bolga’ and remade it into his latest track ‘Bunker’.

She disclosed on the show that she had plans of featuring Kuami Eugene on the track but he refused and described the song as childish.

But he stole the song and recreated it into his latest track.

For this reason, she said Kwami Eugene is not a great artiste but a music thief.

“My new song, ‘Maseda’ is making an impact-Cherry…

“I don’t want to talk about Kuami Eugene because I am better than he is. He is not better than I am. I am a great musician than he is. If you can steal my song and remake it into a new song, then I am far superior than you are.

“Call Kuami Eugene and ask him. He is aware that I am a better musician than he is. He stole the song and he is aware.”

She also alleged that after Kuami Eugene had described the ‘Bolga’ as childish, he requested a new song from her and she sent two different tracks on separate occasions but Kuami Eugene complained about the songs.

He told the management team the songs were not creative and so I forget about him, only for him to steal my ‘Bolga’ song.