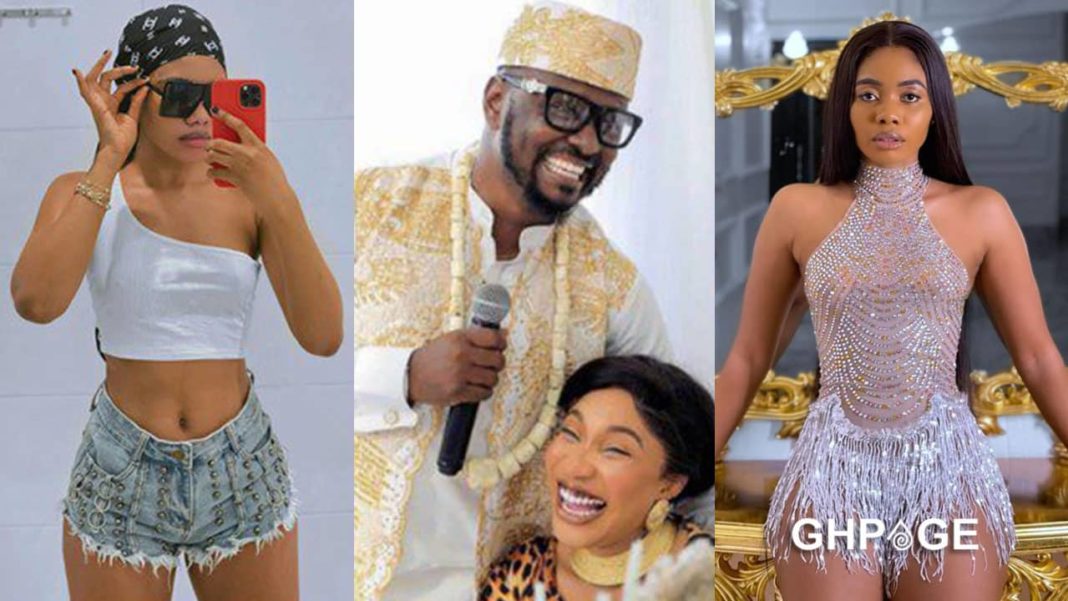 The ex-lover of Nollywood actress Tonto Dikeh has been caught in another controversial web as a leaked audiotape purported to be him speaking about his sexcapades with married dancer, Jane Mena, has surfaced on social media.

The audiotape was released by popular Instagram blogger, Gistlover in which Prince Kpokpogri was heard telling a lady in a phone conversation about how much he enjoyed having sex with the married dancer.

He further narrated how he slept with Jane Mena on several occasions adding that they sometimes had sex multiple times from morning till evening.

Prince emphasized that Jane doesn’t get tired of having sex and at a point in time she even confessed to him that her husband of 9 years has never satisfied her in bed like he does.

“Each time I think of her (Jane ) my preek dey raise. I dey get strong ?r?ctio?. Me and the girl (Jane) we don do dirty s*?x, different kind of s*?x wey e be say she confessed that nobody has done it to her the way handled her. She said her husband who she has been dating for 9 years never handled her the way I did. Me and Jane we fit dey house from morning till night dey f**k. She no dey tire. If we tire, we rest and continue. Na she marry her husband, no be the guy marry am,” he was heard saying in the leaked audio.

Listen to the leaked audio below.