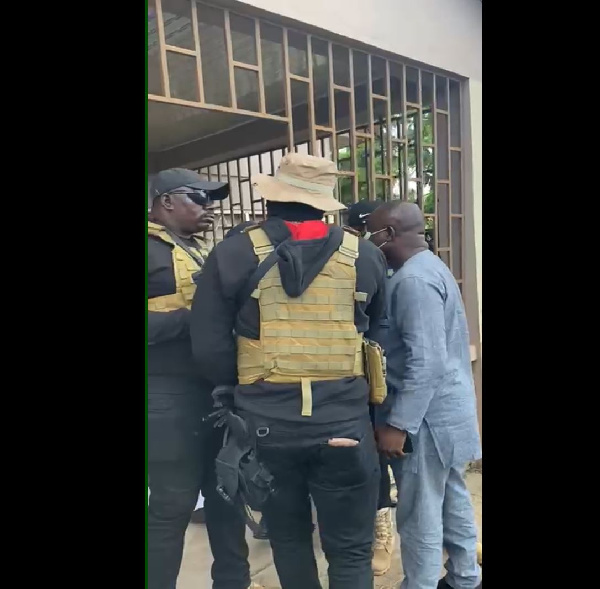 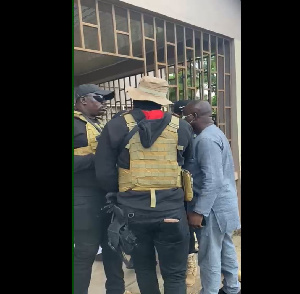 The renomination and confirmation of Samuel Addai Agyekum by President Nana Addo Dankwa Akufo-Addo as District Chief Executive for Kumawu has been everything controversial from the onset.

Even before the President had formally announced his list of Metropolitan, Municipal and District Chief Executive nominees, there were reports of public discontent over the possible renomination of Mr Agyekum among some people of the Kumawu area, especially within members of the New Patriotic Party.

In lieu of the possibility to lose out securing confirmation, the nominee who is said to be the darling boy of the Ashanti Regional Chairman of the NPP and the Regional Minister is reported to have adopted various means to guarantee his confirmation.

Out of a total membership of 59, only 28 assembly members who are said to be loyalists of the MCE were granted accreditation to participate in the confirmation exercise on Friday, while the heavily armed police officers present at the assembly hall were issued a strict order to deny access to any other person without accreditation.

In confirmation of this grand scheme, GhanaWeb has come across a video from the voting centre where the Member of Parliament for Kumawu, ordinarily entitled entry into the assembly hall was denied access by security officers.

Philip Basoa in the video together with other Assemblymen are seen at the entrance of the hall trying to argue their way in while the armed police officers looked on unbugged.

“PM, you are supposed to allow me entry, you are the person who invited… you invited us to participate,” he told the Presiding Member who shoved him off and dashed into the hall while the MP attempted to follow him with shouts of “no, no, no don’t go.”

Despite his frantic attempts, the MP was resisted by the unwelcoming faces of the armed police officers who stood in his way, preventing him from entering the assembly hall.

According to a group identified as New Patriotic (NPP) members and citizens of Sekyere Kumawu, Samuel Addai Agyekum, had oftentimes been at loggerhead with the Member of Parliament for the area.

The group in a recent statement accused the DCE of disrespecting and working to undermine the MP during his first tenure.

According to the group, the DCE’s open support for an independent candidate over the NPP’s Philip Basoa led to the party’s votes reducing from 78.2% to 51.1% in the 2020 election.

Samuel Addai Agyekum on Friday reportedly gained a 100% endorsement as all 28 assembly members who participated in the exercise voted in his favour.

Watch the MP being prevented from the voting assembly hall in the video below:

You cannot be classified as poor if you earn above GH¢3,000 – Deputy finance minister