Gang members reportedly abducted up to 17 American missionaries in Haiti 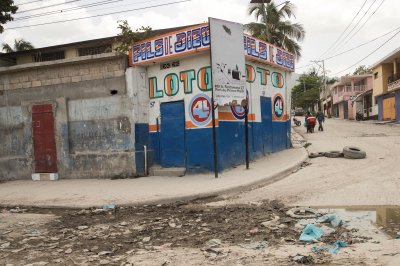 Oct. 17 (UPI) — Up to 14 American missionaries, including 14 adults and three children, were adopted by gang members as they were they left an orphanage in Port-au-Prince, Haitian authorities said.

The group was traveling Saturday in a bus Saturday to Titanyen, north of the capital Port-au-Prince, Ohio-based Christian aid group called Christian Aid Ministries confirmed to The Washington Post. They were headed to the airport to drop off some members then were to go to another destination, The New York Times reported.

A “prayer alert” stated that “men, women and children” associated with the group were being held by an armed gang.

An abducted adult also posted a call for help in a WhatsApp group while the kidnapping was occurring, The Washington Post reported.

“Please pray for us!! We are being held hostage, they kidnapped our driver. Pray pray pray. We don’t know where they are taking us,” the message said.

Christian Aid Ministries was founded in 1981 and the main purpose is to glorify God and help enlarge His kingdom,” according to its website.

The U.S. State Department spokesperson told CNN late Saturday it was aware of the reports.

“The welfare and safety of US citizens abroad is one of the highest priorities of the Department of State. We are aware of these reports and have nothing additional to offer at this time,” the spokesperson said.

Since January, at least 628 kidnappings have taken place, including 29 foreigners, according to data released earlier this month by the Center for Analysis and Research in Human Rights, a nonprofit based in Port-au-Prince.

Haitian Foreign Minister Claude Joseph had called on the United Nations Security Council to strengthen the UN special political mission in his country to help ensure security and protection for civilians.

“These are the legitimate expectations of the people who have suffered enough from gang violence, kidnapping and widespread crime,” Joseph said in a news release Oct. 4.