2 Robbers Jailed 12 Years, 2 Others In Custody for Kidnapping 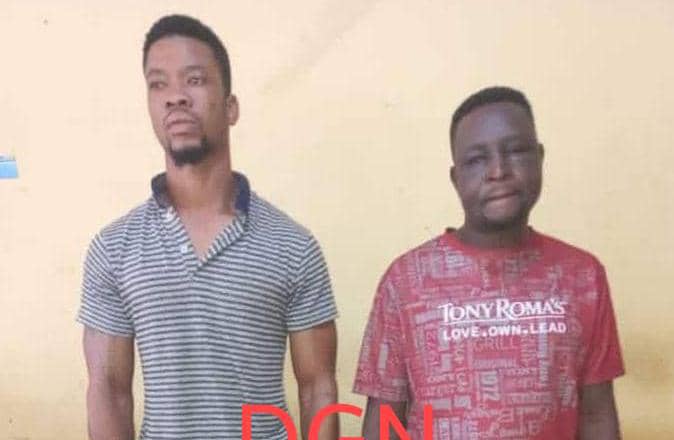 The Ghana Police Service in a joint operation have arrested two suspected armed robbers, and two others allegedly involved in a kidnapping operation.

The accused persons, Sameed Issa and Ivor Constance Kwahie were on Friday, October 15, 2021 convicted and sentenced to 12 years in jail by the Fiapre Circuit Court in the Bono Region.

The two convicts were arrested through a Police-public collaboration on Monday, October 11, when they robbed their victim of three iPhones, a wristwatch, a car key, and an amount of GH₵350 at gunpoint.

In a related police report sighted by DGN Online, two men allegedly kidnapped one Tahidu Adam, 38 at Dakpen in the Northern Region.

The victim was later rescued by the community members who also led the Police to arrest two suspects- Inusah Abdulai and Amadu Ahmed.

One locally made Pistol and five live AAA cartridges were retrieved from them.

The suspects are currently in Police custody assisting in investigations and would be processed to court on Monday.