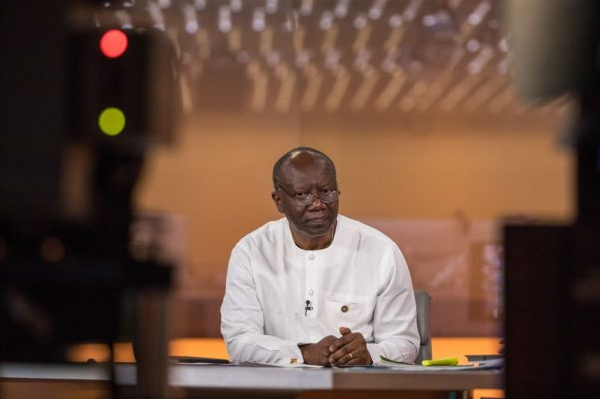 The Minority’s Spokesperson on Finance, Cassiel Ato Forson, has said that his side of the House believes the Agyapa agreement that was prepared earlier was undervalued.

He said they are not prepared to accept a deal that is below US$3.7 billion dollars.

“We are saying, that is grossly undervalued and that will mean that government of Ghana has given taxpayers money of about US$1.3 billion away.

“We will not accept any valuation that is going to be under US$3.7 billion US dollars. We are not going to accept for government of Ghana to incorporate Ghana’s sovereign wealth fund in a tax haven, we will not accept that because are aware of its consequences and the fact that a lot of the activities in tax havens are not in a transparent manner,” the Ajumako-Enyan-Esiam lawmaker former Deputy Minister of Finance told TV3 on October 14.

His comments come after Finance Minister Ken Ofori-Atta has announced on Tuesday October 12 that the Transaction will return to Parliament after the House has resumed sitting.

He told journalists that the “Attorney General has looked at the agreement” hence the decision to the return the deal.

“The Attorney General has looked at it, we have had a few stakeholder meetings. I think the new board should be energized to review that and then go through the Parliamentary process. I am unequivocal that it is the way to go in terms of monetizing our minerals and finding a way to the level of debt that the country has,” he said after inaugurating the new board of the Ghana Minerals Income Investment Fund.

The agreement, which was approved by the Seventh Parliament on Friday, August 14, 2020, had to be withdrawn after a corruption-risk assessment was conducted by then Special Prosecutor, Martin Alamisi Amidu.

Resigning a few days afterward, the Special Prosecutor accused President Akufo-Addo of interfering in his assessment on the deal under the Minerals Income Investment Fund Act, 2018 (Act 978).