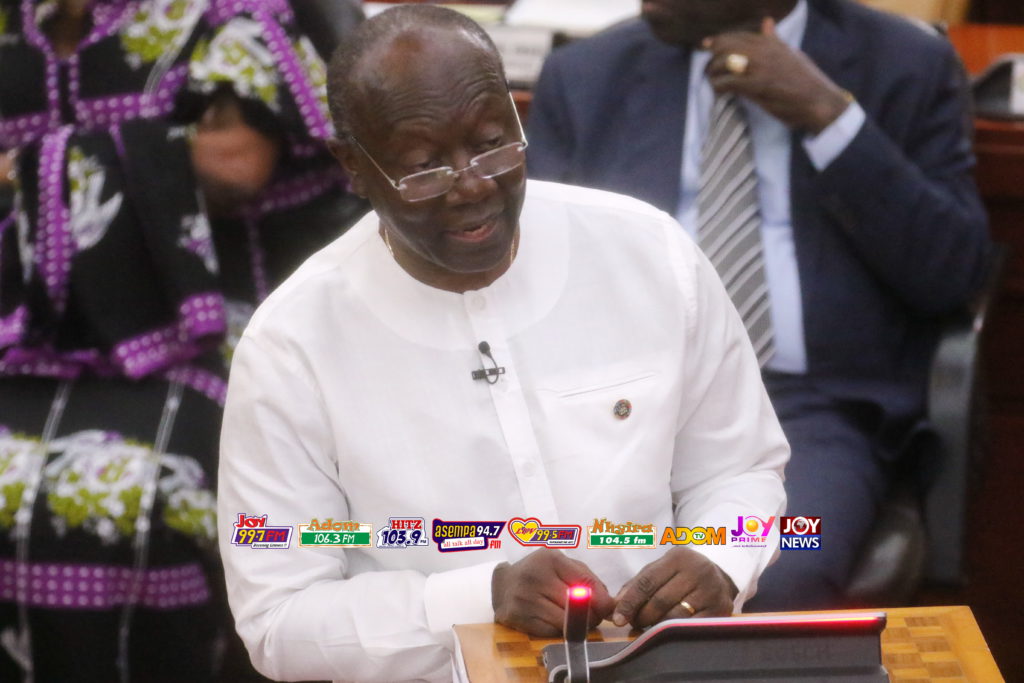 “I grew up in Kyebi. You had to wake up and go to the river, and walk a mile to school until my father said, ‘this boy, we have to bring him to the city’ and that changed the trajectory for me.”

That was the humble beginnings of life of Finance Minister, Ken Ofori-Atta in his own words.

Born out of wedlock in November 1959 to a former Deputy Minister of Finance and Economic Planning in the Busia Government, Dr Jones Ofori-Atta, the current Finance Minister, Mr Ofori-Atta said his early life was not as smooth as many assume.

“It is not an issue of being silver spoon-fed, but small beginnings are important,” he said. “Sometimes you ascribe certain imagery to people until you know what the beginning really is.”

According to the 62-year-old, he had to work hard to earn the fortunes he enjoys today.

Now in charge of Ghana’s Finance Ministry, Mr Ofori-Atta noted that children must not go through similar conditions as he did to achieve their dreams.

He hoped that with his influence, Ghana can become a sustainable entrepreneurial state with confident and wealthy citizens.

Sharing his life experiences at Friday’s Springboard-Ghana Cares Youth Dialogue, the Minister was of the view that entrepreneurship is the future.

Urging participants to challenge themselves, Mr Ofori-Atta stressed that “the sky is not really the limit, we can even go higher than that. We saw a 90-year-old going to space a few days ago so things are still possible.”

Having walked through the gates of renowned academies like Yale and Columbia Universities, the Minister said he returned to the country with a mindset of coming “to give back to the republic”.

This strong-willed conviction, he said, led him to establish Databank Group in 1990 which has now become one of the biggest investment banks in Africa.

“When I returned, there were no promises, no financing just deep confidence that we should recreate what we have seen and that nobody owes us anything but we actually owe the State something because they have somehow given us the basic education and our mothers and fathers helped us.

“So there were no signs of entitlement and 30 years later, you have a Databank that is managing some $1 billion equivalent in asset,” he opined.

Being a believer in small beginnings, the investment banker encouraged youngsters to have the mindset of self-employment in order to change high dependency on already made jobs.

“The future honestly is not about jobs that are hiring a thousand or so people but it is really about you all starting something new and hiring one, two, three, four or five people because the SME sector is what generates the [money],” he said.

“So for us, let’s have a change in mindset and let’s recreate Ghana as an entrepreneurial state, not a socialist state, and let’s see how we can leverage off on your deep skills.”

Noting that fear is a major factor of curtailing the youth’s zeal to establish a business, Mr Ofori-Atta, however, challenged them to be confident and empowered to go out there and work at achieving their goal.

While acknowledging that businesses do fail, the Minister subscribed to the old adage that “until you try, you will not know what you can achieve.”