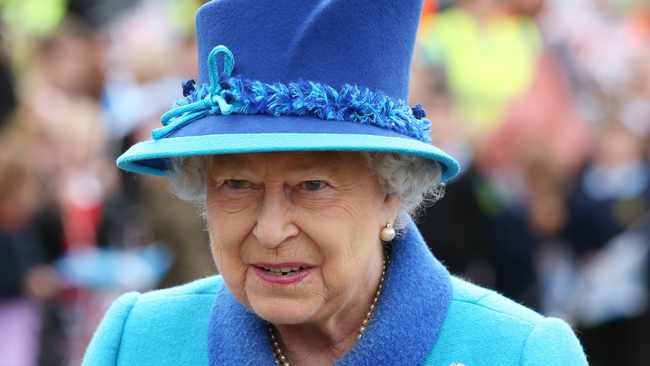 Britain’s monarch has hit out at world leaders who “talk” but they “don’t do” on climate change, remarks that have been interpreted as expressing a degree of exasperation at possible no-shows for the upcoming COP26 climate conference in Glasgow.

Her remarks weren’t meant for public consumption – this is the queen, after all, an expert at giving nothing away – but were picked up on a microphone.

During the opening of the Welsh Parliament in Cardiff on Thursday, the queen was talking to her daughter-in-law, Camilla, the Duchess of Cornwall, and Elin Jones, the parliament’s president officer. Her comments were picked up on a live stream, and although parts are inaudible, she can be heard talking about the climate conference.

“Extraordinary, isn’t it? I’ve been hearing all about COP,” the queen said, according to video and audio recordings analyzed by the Daily Mirror. “Still don’t know who is coming . . . We only know about people who are not coming. . .. It’s really irritating when they talk, but they don’t do.”

Jones then replied: “Exactly. It’s a time for doing . . . and watching your grandson on the television this morning saying there’s no point going to space, we need to save the Earth.”

“Yes, I read about it,” the queen said, smiling broadly.

Prince William on Thursday said there should be more focus on fixing this planet than on space tourism. He is promoting his new Earthshot Prize for climate innovators, to be awarded Sunday.

Britain’s 95-year-old monarch will attend the U.N. climate change conference, also known as COP26, next month in Glasgow – along with senior members of the British royal family.

The White House on Thursday confirmed that President Joe Biden plans to attend the “leaders’ summit” during first two days of the conference.

Former President Barack Obama also plans to go, his office said Friday. Obama was president when the United States signed on to the Paris agreement and committed to reducing emissions that contribute to climate change. In Glasgow, he will meet with young activists and deliver remarks on “the important progress made in the five years since the Paris Agreement took effect” and the need for “more robust action going forward by all of us,” spokesperson Hannah Hankins said.

Australian Prime Minister Scott Morrison, who previously said he was unsure if he would attend because of covid-19, confirmed his attendance on Friday.

The queen’s remarks offer unusual insight into her thinking. It’s extraordinarily rare to hear anything from her. She has given exactly zero interviews during her long reign and is supposed to remain politically neutral.

The British prime minister meets with the queen on a weekly basis, but traditionally those conversations stay private. Things do slip out, usually not intentionally. Former prime minister David Cameron was mortified when he found out there was a microphone recording his conversation about the queen’s reaction to the Scottish independence referendum.

Other countries’ leaders aren’t bound by the same conventions. When President Joe Biden met the queen at Windsor Castle in June, he relayed to reporters that she had asked him about China’s Xi and Russia’s Vladimir Putin.

Transport Secretary Grant Shapps said the queen’s comments on the COP26 conference should not have been publicized. Speaking to Sky News, he said, “I think comments made in private should stay private, but we all share the desire to see progress made and we know there will be hundreds of leaders coming to Glasgow for COP.”

“I don’t think her comments were for broadcast,” he added.