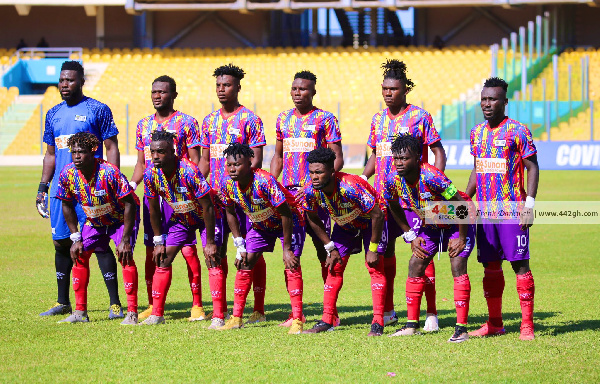 Hearts will play WAC on Sunday

Ghana Premier League champions, Accra Hearts of Oak will welcome Wydad Athletic Club to the Accra Sports stadium for the second round of the CAF Champions League group stage qualifiers.

The rainbow club triumphed over Guinean outfit, CI Kamsar 2-0 in their previous qualifier.

2017 Champions of the CAF Champions League, Wydad Athletic Club were also seeded in the qualifiers.

The Moroccan club could be a threat to Hearts of Oak due to their form in recent CAF Competitions. In the last six seasons, Wydad have been to the semifinals the CAF Champions League thrice, the quarter finals once and to the final twice. They won the competition in 2017 and won the CAF Super Cup in 2018.

In their first five games in the Moroccan league, Wydad have won four and have drew only one. They have conceded only two goals and kept four clean sheets during that period.

However, the North Africans have not had a good record against Ghanaian clubs. They have met Ghanaian clubs on 10 occasions. Out of the 10, they have won thrice, drew 2 and lost 5. All their 5 loses happened in Ghana.

The Phobians will be missing the services of Emmanuel Nettey and Gladson Awako, Kofi Kordzi who scored against CI Kamsar will be available for this clash.

Wydad will miss the services of

Amine Aboulfath and Abdellah Haimoud. Head Coach for the Moroccan giants, Walid Regrahui will miss the game after testing positive to Covid 19.

Will the Phobians be able to beat Wydad and maintain the record of the Ghanaian clubs in their quest to go further in the CAF Champions League?