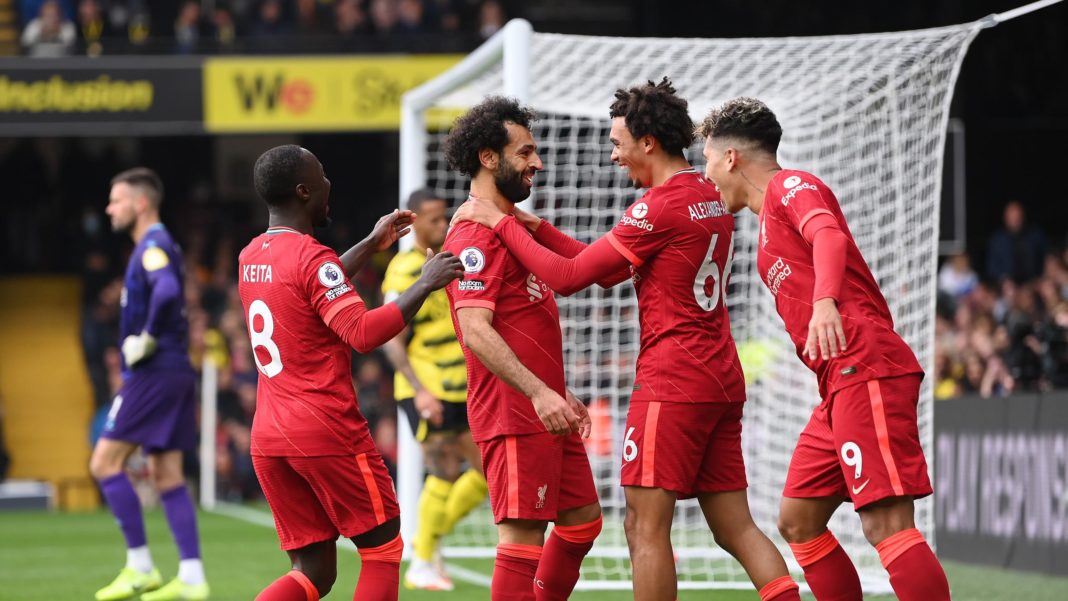 Mohamed Salah scored one of the goals of the season and Roberto Firmino scored a hat-trick as Liverpool hammer Watford 5-0 in Claudio Ranieri’s first game in charge at Vicarage Road.

Receiving the ball just inside the box, Salah drew three defenders then drove towards the right by-line before turning back, leaving two players in his wake, and clipping a ball past Foster inside the far post.

Before this fourth goal Liverpool had long ended the game as a contest with Sadio Mane opening the scoring with a cool first-time effort after Salah’s fine through-ball and then Firmino hitting two tap-ins either side of halftime.

The first was created by Milner driving deep into the penalty area before unselfishly squaring the ball and the second after Craig Cathcart’s despairing lunge at Andy Robertson’s low cross. The Brazilian added a third in stoppage time after fine work from substitute Neco Williams.

While Watford could do little about Salah’s genius, their effort over the course of the 90 minutes left a lot to be desired and their new manager under no illusions of the task ahead of him to keep the club in the Premier League.