Nana Tornado seems to have given netizens a reason to believe that he has dropped his self-acclaimed crown as a proud gay after he was seeing kissing an older white lady in the latest video.

A recent video shared on social media gives a rather different story of who Nana Tornado was known to be and what he stood for. The passionate kiss he was seen sharing with the white woman who many perceive to be his “sugar mummy” has given a mild proof that perhaps Nana Tornado was not gay at all or perhaps he has taken a break to have a different taste.

Fans expressed utter shock at the video especially in the wake of the fierce debate on whether LGBTQ should be legalized or not in Ghana.

Nana Tornado has been alleged as gay and has also confirmed the allegation during interviews. However, the video below tells a different story. 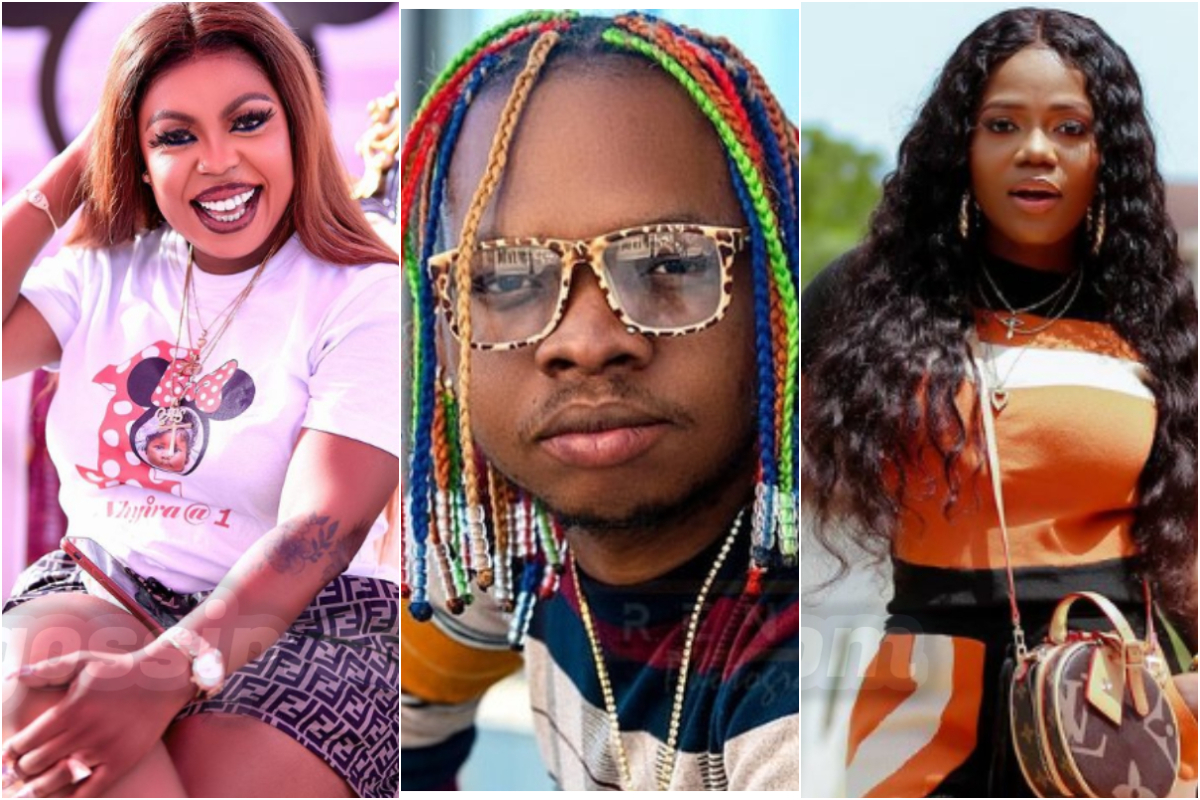 There’s a purported rift between Mzbel and Nana Tornado, in a shocking twist that adds another layer of buffoonery to the beef prevailing between the aforementioned and Afia Schwarzenegger.

Although we are yet to witness the fight publicly, Afia Schwarzenegger has been spotted in a new video jubilating while singing a gospel tune that aptly describes the new development.

In the video, she was heard saying Tornado and Mzbel who once became friends by default because they both had issues with her, are now sworn enemies.

She then revealed that God always fights her battles for her which is why there’s confusion within her enemy’s camp.

The last time we heard anything about this never-ending beef was stoke was Afia Schwarzenegger was sighted in a video alleging that Mzbel snatched her boyfriend. She further added her foe slept with her former boss at TV Africa and yet she still remained mute.

“If you don’t agree to fake things, no one will believe you. A goat like Mzbel. You slept with my boyfriend yet I didn’t talk. You picked up phone and lied against me to Mahama. You texted issues about me and my children to NaaEwe and you don’t remember?”, she revealed.

Speaking further, Afia revealed that Mzbel was allowing her adopted son John Bill to be drinking alcohol and that’s why his biological mother came to take him away.

“You don’t remember that you brought John Bill to my house and bought him Smirnoff Ice drink and my children told you not to bring the child to our house again? People of Ghana, go to Achimota school and ask who John Bill is. You spoiled someone’s child, and after he was taken away from you, you started playing the victim”, Afia added.