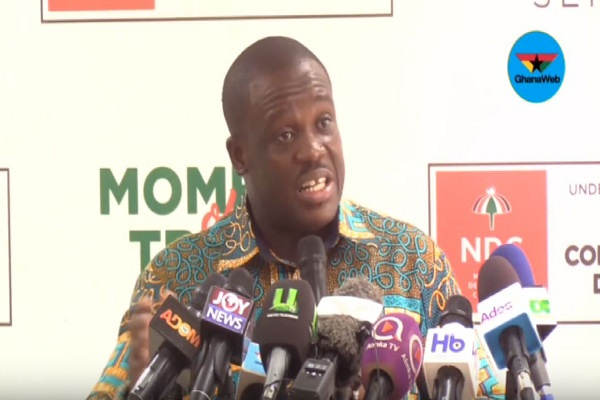 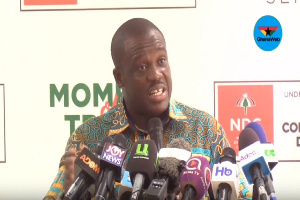 The Ministry of Finance (MoF) has already biometric verification for all public sector workers therefore the Controller and Accountant General’s Department (CAGD) does not need workers to obtain a Ghana Card for verification proposes before they are paid salaries, Ningo Prampram Lawmaker, Sam Nartey George, has said.

He indicated that the Finance Ministry already has the biometric data of the over 800,000 public sector workers therefore, it should be easy for the CAGD to verify them without necessarily calling for the Ghana Card.

Speaking on the Key Points on TV3/3FM Saturday, October 16, Sam George told host Dzifa Bampoh that “Everything is regulated by law, salaries are not regulated by LI 2111, the NIA is behaving as though LI2111 is the law that governs everything in this country, no.

“It regulates you (NIA), it doesn’t regulate the registration of SIM cards. It is LI 2006 that has not been amended. Payment of salaries is regulated by Workman Compensations Act, there is the Labour Act.

“That is what governs the payment of salaries, you cannot withhold my salaries because I don’t have (Ghana Card), there is no law backing it.

“I have been a civil servant before, I worked at the Ghana Civil Service, before coming into active politics. In 2010 I went and did biometric verification, he (NIA official) works in the Public service, the Controller and Accountant General through the Ministry of Finance hold the biometric data of the 800,000 government workers, they don’t need a Ghana card to verify who they are paying.”

His comments come after the CAGD had said in a statement on Wednesday October 13 that from 1st December, 2021, all government workers without the Ghana Card will not be paid salaries.

Portions of the statement said “By this notice, all existing and prospective Government workers arc to ensure they are registered with the NIA and have obtained their Identity numbers.”

“As part of Government of Ghana’s efforts to deliver speedily, secured and verified payroll services to government employees and pensioners while reducing the risk of undeserving payments or claims, the Controller and Accountant-General’s Department (CAGD) is collaborating with the National Identification Authority (NIA) to have a harmonized database to facilitate biometric and unique identification of all workers on the government payroll,” the statement added.

Labour unions have rejected this move. They said they were not consulted in the decision by the CAGD.

The unions say even though the motive is good one, the timing is wrong since Accra and Kumasi are not the only cities that constitute Ghana.

They are therefore warning the Controller and Accountant General’s Department to halt such threats if it wants peace in this country.

The labour unions are not pleased with the directive by the Controller and Accountant General’s Department to stop the salary payment of government workers if they do not possess a Ghana card.

The Deputy Secretary-General of Trades Union Congress (TUC), Joshua Ansah, in an interview on 3FM’s Sunrise on Thursday said “it is very very unfortunate that the controller will sit and make such decision.

“The laws governing salaries must be respected and TUC says no-no to it and we are calling the Controller to do the needful”, he told Sunrise Host, Alfred Ocansey on Thursday.

Mr. Ansah explained that “doing the needful means that all the stakeholders must be brought on board to decide on the issue because Accra and Kumasi are not only Ghana. We have remote areas”.

“I don’t want to believe it. They must do the needful by calling on the labour unions and talk about it because it is a good thing but the wrong approach”.