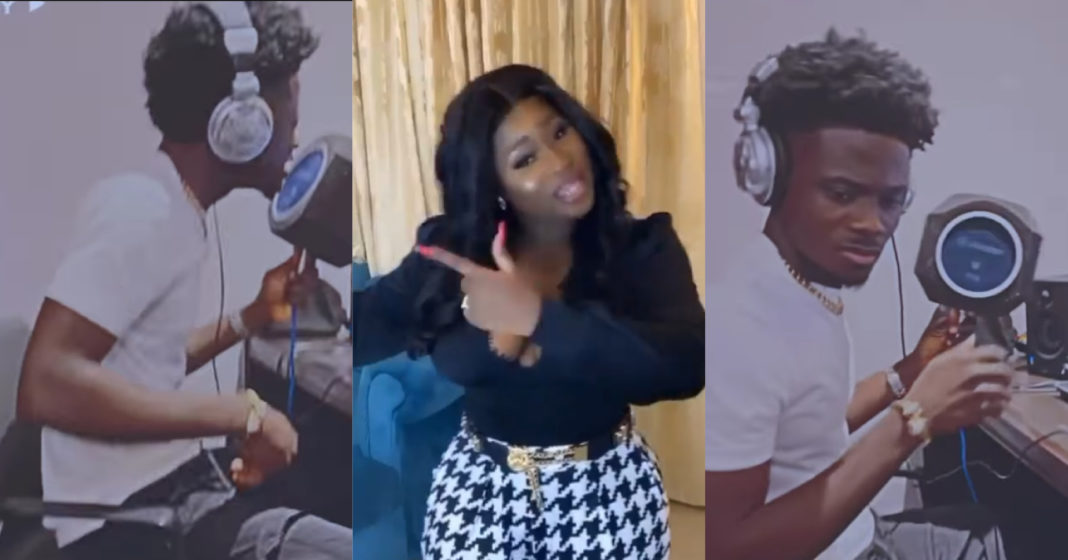 A netizen accused Kuami Eugene of constantly hopping on other people’s beats when he realizes it would be a banger after requesting to be on Sista Afia’s soon to be released banger.

Sista Afia shared a video of herself jamming to her new banger and asking them when they need her to deliver the tune, which saw Kuami Eugene responding by requesting that she leaves a space for him on the song and send him the beat quickly to jump on.

Kuami Eugene’s response to Sista Afia’s post is clear that he needs to be featured on the song which he sees as a banger and therefore wants to be part. 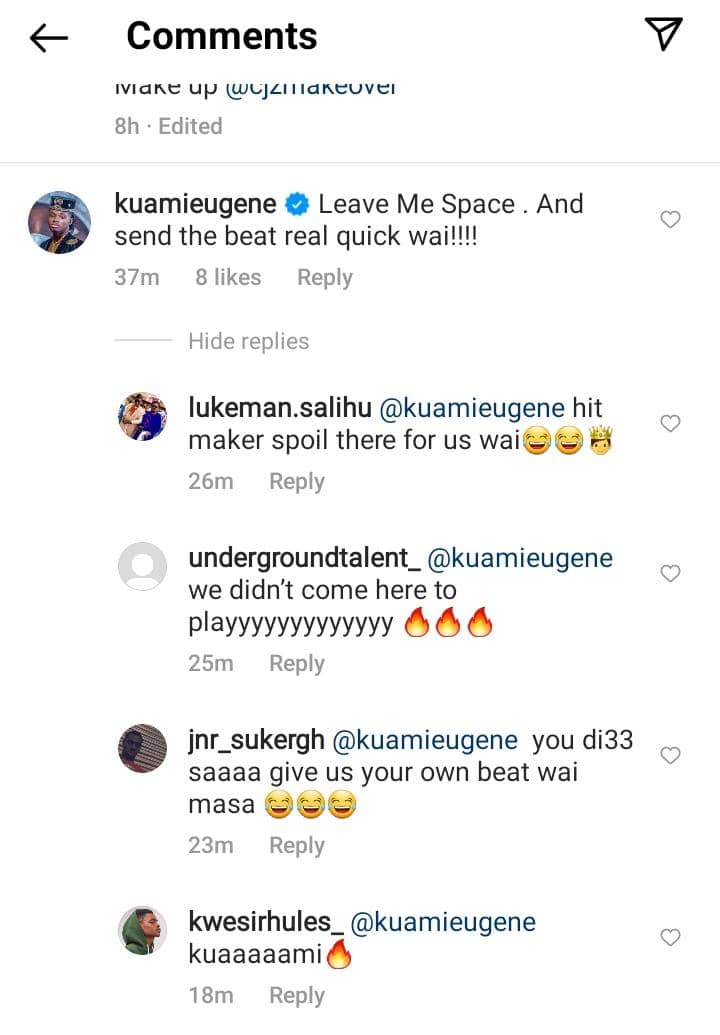