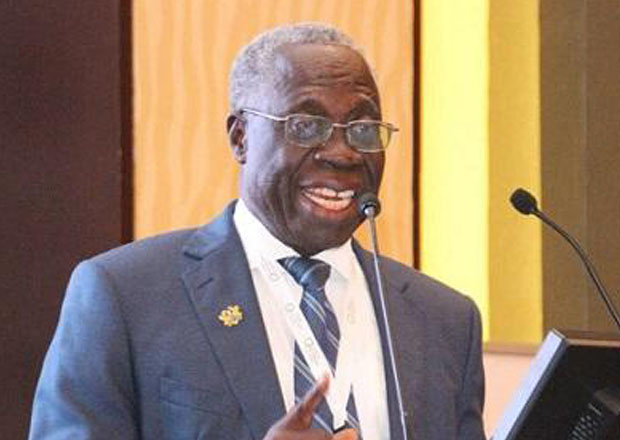 Senior Presidential Advisor, Yaw Osafo-Maafo has denied report circulating on social media that he has declared his support for Alan Kwadwo Kyerematen, Trade and Industry Minister for the New Patriotic Party (NPP) presidential race.
The report suggested that the senior politician and a leading figure in the governing NPP is throwing his weight behind Alan Kyerematen against Vice President, Dr. Mahamudu Bawumia.

According to him, he has never commented on Facebook concerning the party’s next presidential primaries neither has he declared his support for anyone.

A Facebook post claims Yaw Osafo-Maafo has stated that “Bawumia has done a lot for the NPP and I acknowledge that but the NPP reward long service, most importantly, the support base of the NPP is mainly in the Akan constituencies and regions therefore I support Alan Kyerematen to lead NPP into the 2024 elections-Osafo Maafo.”

However, Office of the Presidential Advisor in a statement issued on October 15, 2021 described the post on social media as propaganda.

According to him, “The office of the Senior Presidential Advisor registers its dismay and disappointment to a social media report circulation purported to indicate Hon. Osafo-Maafo’s support for Alan Kwadwo Kyerematen, Minister for Trade and Industry as against Dr. Mahamudu Bawumia, Vice President of the Republic of Ghana in the perceived presidential flagbearship race of the New Patriotic Party (NPP).

“With reference to the said circulation, we emphasizes that Hon. Yaw Osafo Maafo has never uttered irresponsible, misguided, tribalistic and ethnocentric statement either in public or private directly or indirectly and has no cause to do so.”

Meanwhile, the Senior Presidential Advisor is currently in Dubai at the invitation of the Global Business Forum Africa 2021 during which he also launched Ghana’s participation in the EXPO 2020 Dubai.