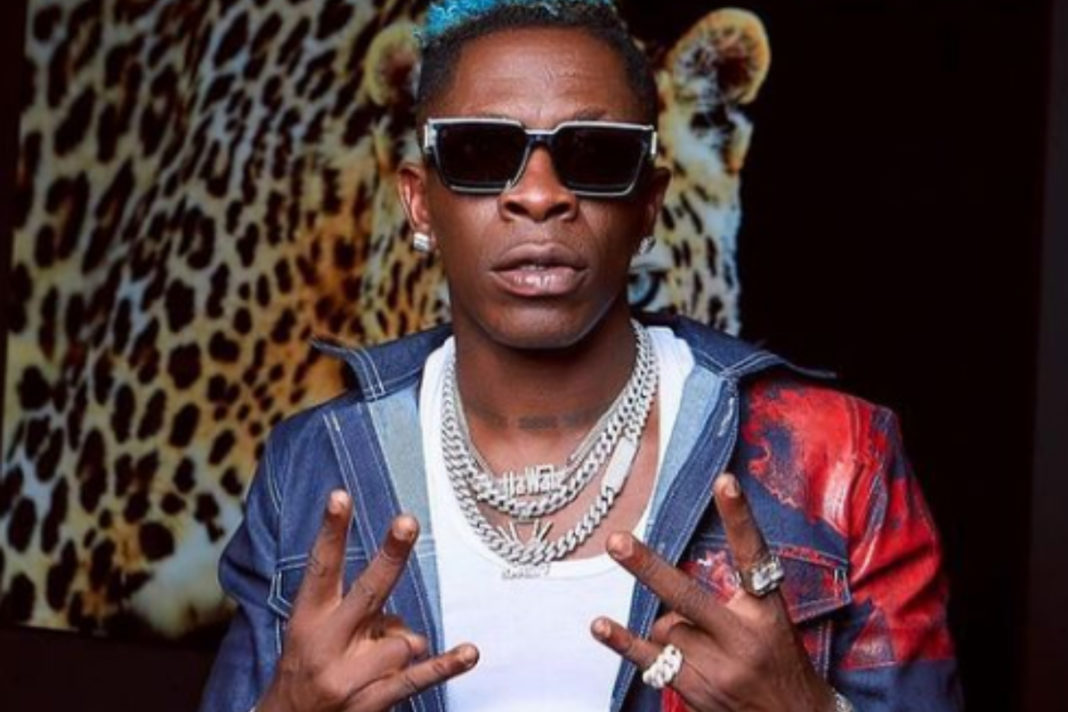 Ghanaian dancehall artist, Charles Nii Armah Mensah Jnr., well known as Shatta Wale has made shocking claims that he is a man of God and also communicates with spirits but most people have no idea about that.

READ ALSO: Funny Face Invokes Curses On His Ex-Wife, Says She Will Barren For The Rest Of Her Life [Video]

Speaking in a space interview with the Twitter influencer, KalyJay, Shatta Wale stated that the experiences and struggles he has gone through in life have given him the right to label himself as a man of God.

He claims that he communicates with spirits who guide him through his journey in the music industry, thus he does not engage or make any utterances without the direction of the spirit of God.

He further stated that he has not regretted any of his actions in the music industry because all his submissions have been right and just despite being labeled one of the most controversial musicians in Ghana.

In other news, after accusing him of sabotaging his career with the information provided to him by his ex-fiancee, the Ghanaian comic actor, Benson Nana Yaw Oduro Boateng, well known as Funny Face has launched fresh attacks on his colleague, Kwadwo Nkansah Lilwin.

From the look of things, we believe that Funny Face will be ticketed to spend some more time at the psychiatric hospital because it seems his alleged mental illness has reignited, leading him to attack his fellow colleagues on social media.

In a new video he posted on his IG wall, Funny Face went after Kwadwo Nkansah Lilwin, Kalybos, and Bismark TheJoke, accusing them of seeking spiritual assistance to eliminate him from the surface of the world.