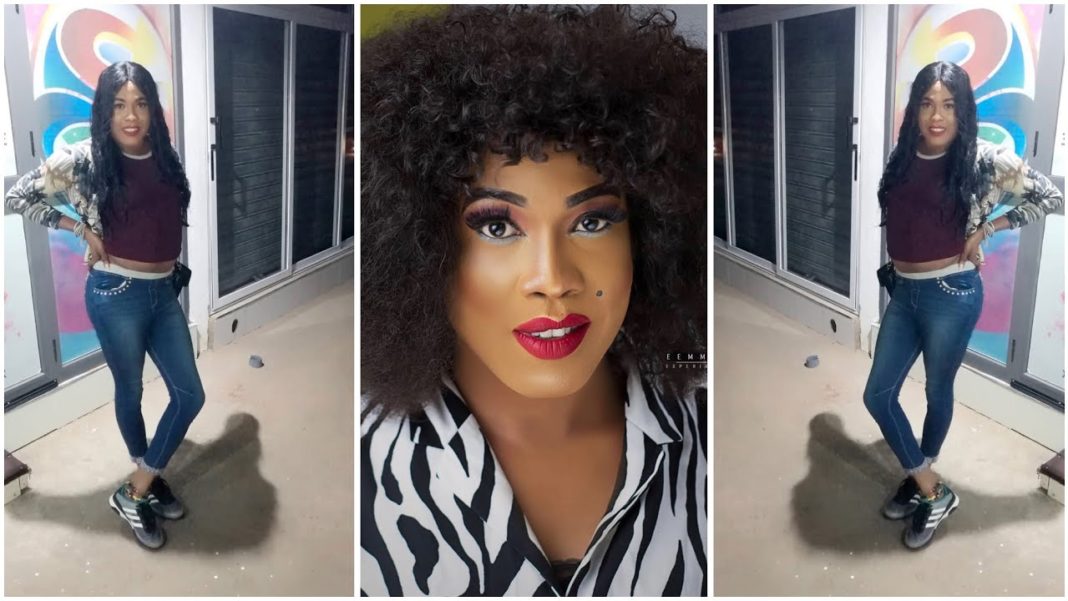 Ghana’s only known transgender, Angel Maxine has declared on TV that if God made all humans in his likeness, then the creator could be a transgender because she was also made in his image.

Maxine made the controversial comment which a lot of religionists will interpret as blasphemy when she was hosted in the studios of Joy Prime together with her mother.

“Look at the bill they are passing, so will you sit down for somebody to just kill your child? I think that boy called Sam George is a mad man,” she angrily said in a video sighted on social media.

According to her, when she gave birth to her son who now identifies as a woman, even the nurses claimed her child was a girl but she didn’t accept it. She explains that she is a staunch Christian and Maxine’s father is a Reverend, hence, they did everything to raise their child as a boy but it didn’t work.

“From the beginning, it wasn’t easy because I am a Christian and a born again and a woman of God as that. And she was brought up in a Christian home, her dad too is a reverend minister so you can imagine it wasn’t easy,” she reiterated.

“We did everything we could, I went before God, I fasted, I prayed, what God told me is He created her in his own image, that is all I heard from God so I took my son and he said I have a purpose for her to save people like her. people like my son are in everyone’s home, some are in parliament as well”. She added.

Watch her interview on Joy Prime in the video below;