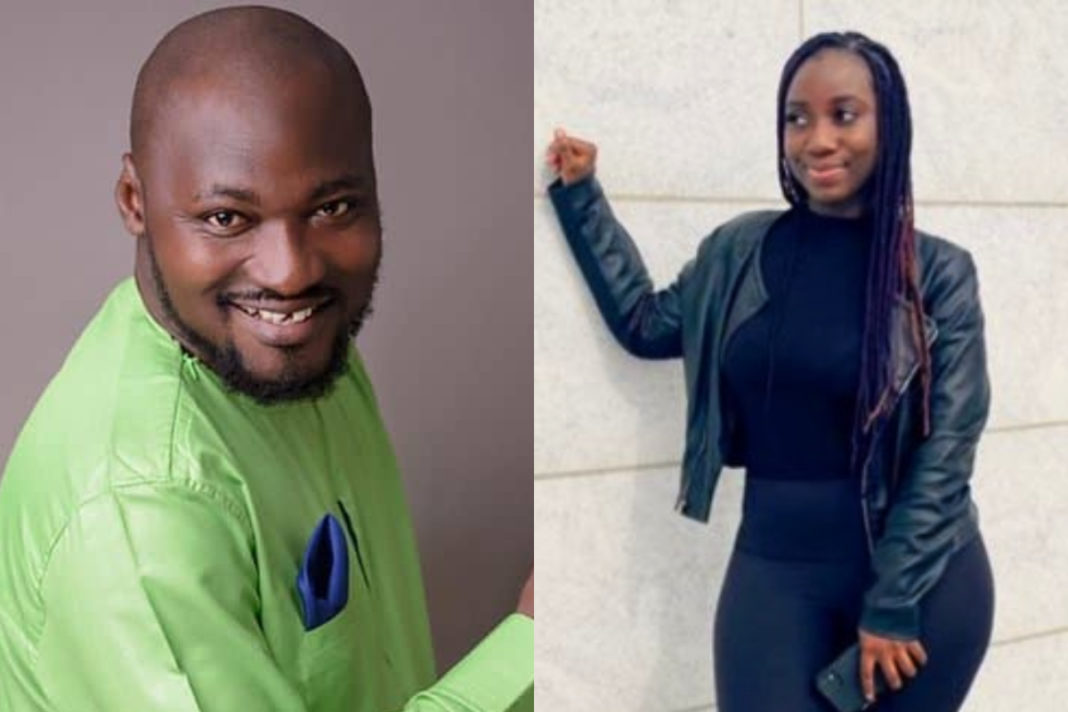 It would be recalled that a few days ago, Funny Face took to his social media page and flaunted his new girlfriend. He was seen in a viral video spending some quality time with a beautiful lady believed to be his new girlfriend since he parted ways with his previous fiancee, Vanessa.

It’s not news that Funny Face has been having issues with his baby mama Vanessa for a few months now. It appears in the absence of his baby mama, he found solace in the arms of a younger lady who he shared videos of kissing on the cheeks.

However, it appears the new girlfriend of the comic actor Funny Face has dumped him as he threatens to commit suicide. Funny Face took to his Twitter page and threatened to kill himself if his girlfriend identified as “Kukua” does not call and talk to him.

“KUKUA if you don’t call me and talk to me .. pls I will kill myself and mention your name .. oh shit !! I will be dead by den I can’t mention ur name ..ok what am trying to say I will kill myself kukua .. and my blood. is on ur hands ..my #FUNNYFANs will hunt you down.”

READ ALSO: VIDEO: Kumi Guitar Involved In An Accident With An Articulator