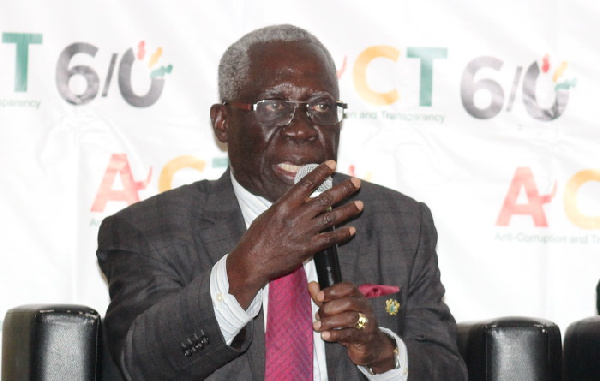 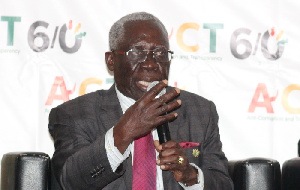 The Office of the Senior Presidential Advisor, Yaw Osafo-Maafo has dismissed claims of a social media propaganda purporting to announce his support for Trade Minister, Alan Kyerematen to become the next flagbearer of the New Patriotic Party (NPP).

Osafo-Maafo is alleged in a viral message to have said: “Bawumia has done a lot for the NPP and I acknowledge that but the NPP rewards long service. Therefore, I support Alan Kyerematen to lead NPP into the 2024 elections.”

The disclaimer issued by his office on Friday, October 15, denied any endorsement for the Trade Minister, Alan Kyerematen as against Vice President, Dr Mahamudu Bawumia in the keenly awaited presidential flagbearership race of the ruling party ahead of the 2024 general elections.

“With reference to the said circulation, we emphasize that Hon. Yaw Osafo-Maafo has never uttered such irresponsible, misguided, tribalistic and ethnocentric statement either in public or private directly or indirectly and has no cause to do so,” the statement read in part.

“The Senior Presidential Advisor is currently in Dubai at the invitation of the Global Business Forum Africa 2021 during which he also launched Ghana’s participation in EXPO 2020 Dubai,” it added.

Meanwhile, President Nana Addo Dankwa Akufo-Addo has made the point that he will not support any candidate until the party elects one at its upcoming primaries.

This was after he recently hinted that two of his appointees desired to take over as leader of the NPP going into the 2024 general elections.