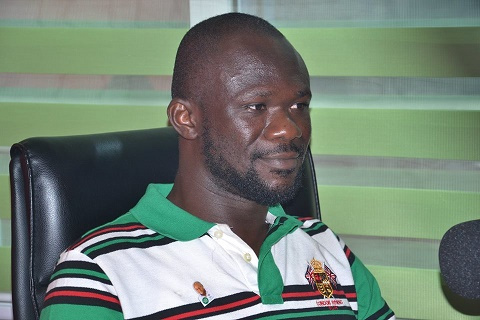 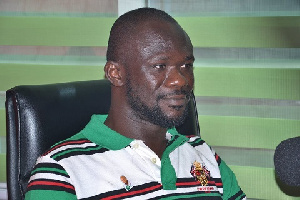 • He has been condemned by several NDC members

• Onasis Kobby has tasked him to seek counsel on his comment

Deputy Ashanti Regional Organiser of the opposition National Democratic Congress, Onasis Kobby, has asked the Director of Operations at the Presidency, Lord Oblitey Commey, to seek counsel over his recent pronouncement about his party holding on to power.

Lord Commey addressing the Greater Accra Regional Delegates Conference of the New Patriotic Party made statements to the effect that the NPP was not going to give up power soon.

But joining the host of NDC members who have condemned the comments, Onasis Kobby in a Facebook post questioned the basis of the statement while asking that he seeks counsel and reconsider his statement.

“If Qaddafi, Mugabe, Yayah Jammeh, Conde and others couldn’t survive it, how can you Laud Commey survive it? Because you can order some miscreants to go about killing innocent Ghanaians exercising their rights to vote and protect same? Just because you have gotten away with the killing of 8 Ghanaians to hold onto power? Is this why you think you are immortal? You think political power is the foundation of your existence on earth? Really? God will see Ghana through your evil plots. When you enter your room, ask your wife and kids for advise on your video,” he wrote.

Addressing delegates at the annual conference of the Greater Accra Regional chapter of the NPP, Commey said that the NPP must adopt every measure possible to retain power.

He charged members of the party to commit themselves to the cause of the party and ensure that victory is chalked in the 2024 elections and beyond.

“Isaiah chapter 60 verse 22 says: And when the time is due, I the Lord said I will make it happen … so I appreciate your love, I thank you for the clarion call but for now, it has to be shelved for a while.

“It tells you that what you call power, if God grants it to you and you don’t hold it well, what it will do to you? I don’t care who becomes National Chairman and who becomes flagbearer, what I care is that the NPP continues to rule in this country, power, power, power. It is no joke ooo,” he stressed to a cheering crowd.

The comment by the NPP stalwart has received widespread condemnation from the rank and file of the NDC.

Former deputy Minister of Information under the John Dramani Mahama administration, Ofosu Kwakye in a similar Facebook post labeled as funny, the statement by Lord Commey, questioning his line of action should the NPP lose the 2024 elections.

“Lord Commey is quite funny. He actually believes that when Ghanaians vote them out in 2024 and the results indicate same, he or anyone else within the NPP can hold on to power? Why, he wasn’t in Ghana in 2008? What a stale joke!”

Commenting on the same issue, the National Communication Officer of the NDC, Sammy Gyamfi called for change in tactics within the NDC.

Describing the NPP as power-drunk, Sammy Gyamfi said that the party should head into the 2024 elections with a new posture.

“It’s about time we in the NDC did an honest self-introspection and soul searching. We cannot capture power from these power-drunk NPP despots with our current posture. There has to be a drastic change in our mindset, posture and actions relative to how we relate with the NPP on all fronts. It cannot be business as usual.”