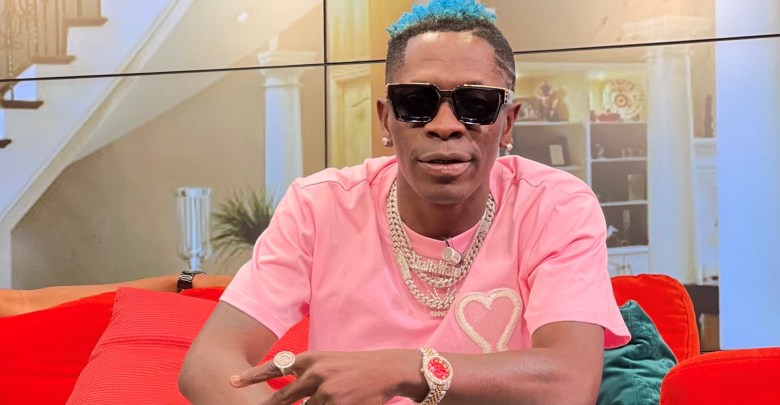 Shatta Wale has stated his stance on the entire LGBTQ debate ongoing in Ghana by stating that the people who are into such activities be given breathing space.

According to him, there are more pressing issues Ghana needs to deal with hence the attention needs to shift from whether LGBTQ should be criminalized or not to the provision of long-lasting solutions to problems plaguing the nation.

Speaking on Kalyjay Space on Twitter, Shatta Wale was of the view that people need to be allowed to decide and choose whatever sexual and gender orientation they prefer.

“People are grown, we should allow them to choose and decide what they want to do with their lives. There are more important issues we need to focus our attention on. There are many problems Ghana is faced with and LGBTQ is not one of them”

Shatta Wale maintained that people’s rights and freedom be respected as stipulated in the constitution. He called for an end to the hate many have for the LGBTQ community.

“Homosexuals were created by God, hate their sin but don’t hate them” – Catholic priest Father Campell on LGBTQ

Parish Priest of Christ the King Catholic Church in Accra, Rev. Fr. Andrew Campbell has urged Ghanaians not to harbour hate against homosexuals since there are recognized creations of God.

According to him, God does not hate homosexuals even though what they do is to his dislike. He added that homosexuals should not be condemned but prayed for.

In a conversation with Johnnie Hughes on TV3, Father Campbell commented on the LGBTQ situation in Ghana by stating that whether homosexuals or not, they were all created in the image of God. thus should not be treated with hate. He added that he was not in the position to judge people because of their preferred gender orientation but could only urge for love for all.

“So, Paul says every one of us is work of art. You read Psalm 8, it says God made us in his image and likeness.

“We are all made in the image and likeness of God and so, no matter who you are, you are a child of God.

“Like those young ladies that came to church, they told me every Christmas they give gifts to the poor people, every Christmas they go to the Osu Children’s Home and other place s and they give gifts, this is from the prostitute and they go to church. Who am I to condemn them? I try to get them off the streets so I prayed with them. So the same to our dear brothers and sisters who are condemned, I will not condemn them. What they do is not right.

“Christ said love the sinner but hate the sin. That is what I do. I have time for everybody no matter who you are, I have time for you, I pray with you and encourage you, you are a child of God and God loves you.”