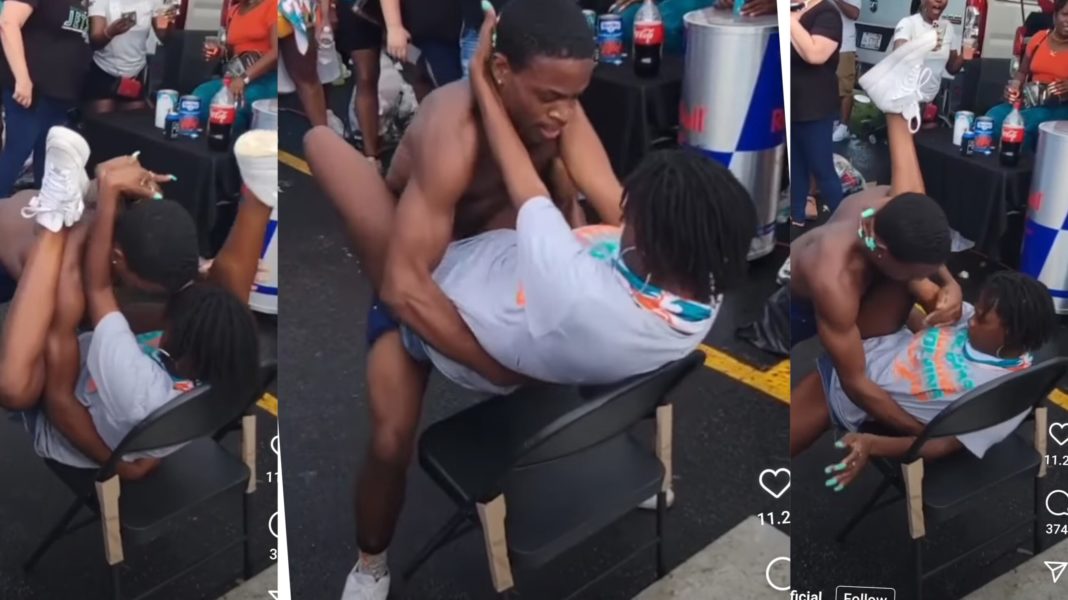 These days a lot of people have thrown caution to the wind as they publicly do the craziest of things without worrying about consequences.

A viral video of a couple having a time of their live has popped up.

In the video sighted on Instagram, the lady was sitting in a chair and the man seductively walked to her and grabbed her. Before anyone could say anything, he started grinding her real hard.

Meanwhile, in other news, a high school student has cried her eyes out after her boyfriend broke up with her. After calling him for hours, he failed to pick up her calls.