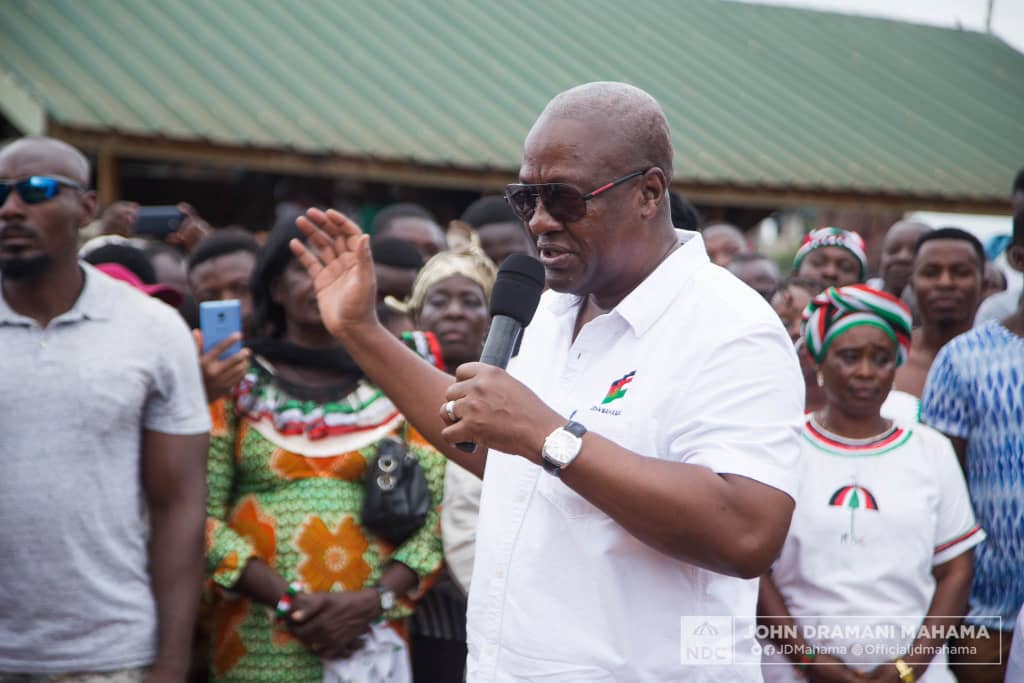 The National Democratic Congress (NDC)’s flagbearer for the 2020 election, John Dramani Mahama, has taken a swipe at the Electoral Commission of Ghana over the conduct of the last presidential and parliamentary elections.

As part of his ‘Thank You’ tour of the Central Region, Mr Mahama asserted that the entire electoral process was “not clean, not transparent and not fair.”

He insisted in an interview on Cape FM on Friday, October 15, 2021, that a lot of things went wrong during the election, yet, the Supreme Court refused to give the NDC the needed attention.

“We saw cases of fake ballot papers and other irregularities that were unprecedented in the history of Ghana’s election.

“It’s one of the worst we’ve had since 1992. The Electoral Commission has its roles to perform and the political parties have their own; you should trust that the EC will perform its responsibilities so that no one cheats in the election but that’s what happened in the 2020 elections,” Mr Mahama asserted.

The former President expressed doubts about the ruling of the Supreme Court, saying it appears the Court had a predetermined verdict of the petition.

“The manner in which the election petition judgement was determined was not according to the rights and freedoms of Ghana’s constitution because it seems the Supreme Court already had a predetermined verdict.

Meanwhile, he has accused the current government of deliberately failing to operationalise the Komenda Sugar Factory.

The $35 million factory, built from an Indian EXIM Bank facility, has not worked since its commissioning in 2016.

The factory was revamped to revive the local production of sugar, thereby, reducing the importation of the commodity.

The factory has failed to produce sugar and is currently rusting away.

The ruling New Patriotic Party says Mr Mahama failed to make arrangements for the provision of raw materials before proceeding to establish the factory.