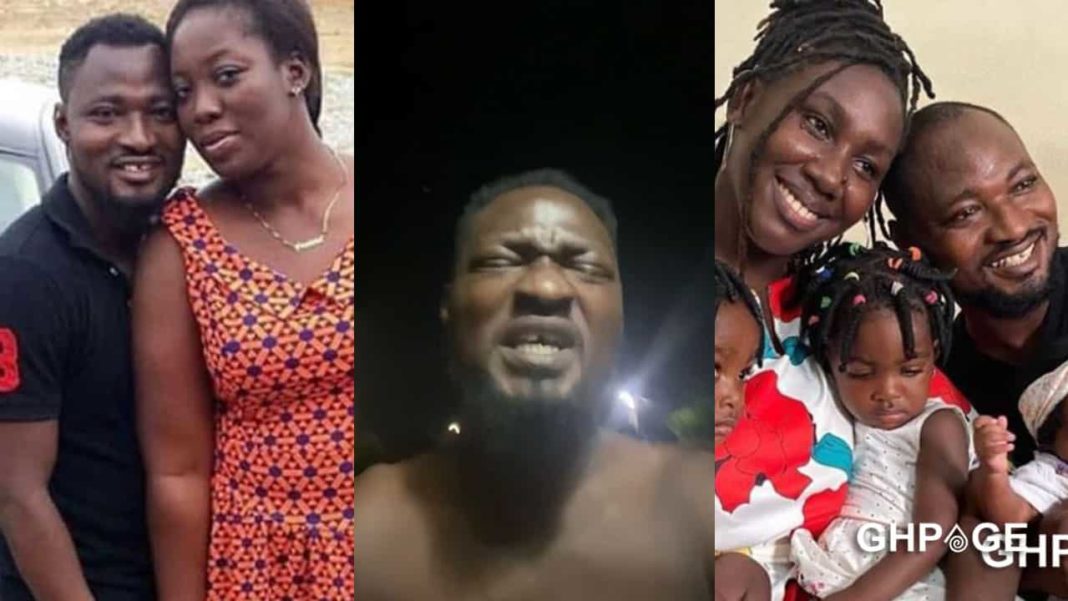 Comic actor Funny Face has launched a scathing attack on his ex-wife Elizabeth Ntim and his baby mama, Vanessa.

All his sentiments revolve around how these two women have treated him in his relationship with them.

Even though Elizabeth is now married to another man, Funny Face seems to harbour some pain in his heart.

In his latest attack on his estranged wife, the ‘Children President’ invoked curses on her and swore that she would never have children of her own.

But it appears Funny Face’s worse nightmare is Vanessa – the mother of his twin daughters and son.