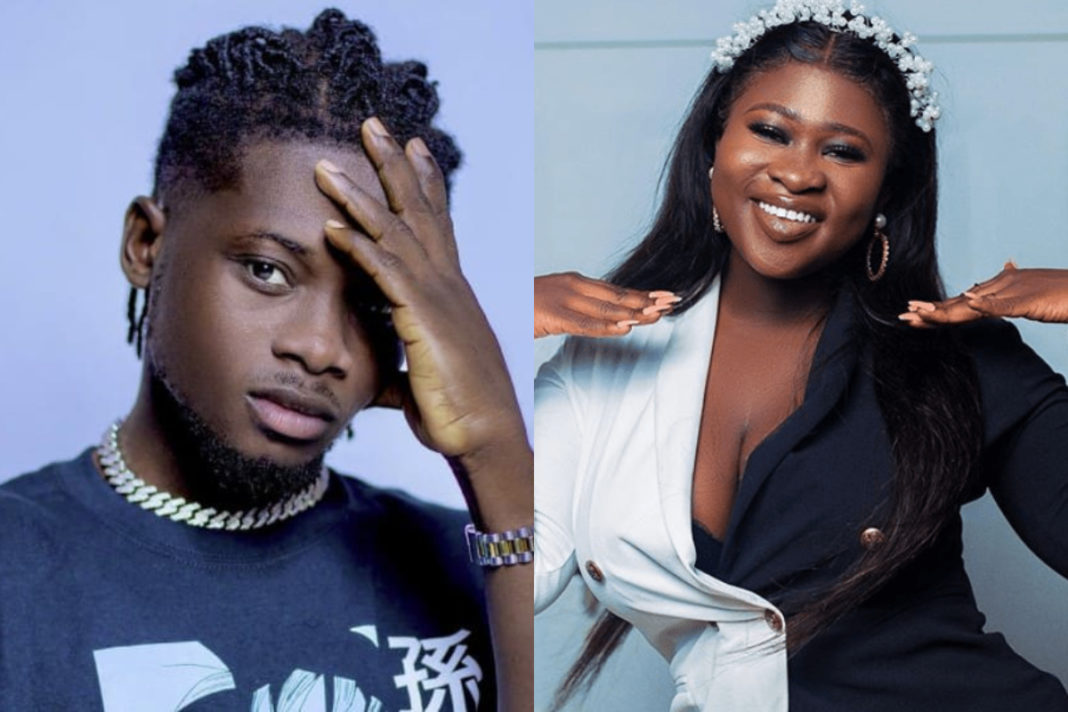 A netizen has shaded Kuami Eugene of always jumping on people’s beats when he realizes it’s going to be a banger after asking Sista Afia to send him the beat to her new banger.

Sista Afia shared a video of herself teasing her fans with her new banger asking them when they want her to release the song and Kuami Eugene reacting to that asked her to feature him on the song telling her to leave him space and send him the beat quickly.

READ ALSO: Ofui – Michy Angrily Replies A Guy Who Said Shatta Wale Must Sue Her For Using Majesty For Ads

The netizen then asked Kuami Eugene to give his fans and music lovers his own beat that will be a banger for others to yearn to jump on it and not always that he will be jumping on people’s songs and sometimes stealing other people’s songs.

Kuame Eugene for countless times has been accused of always stealing someone’s song or using the lyric of another person’s song and the fan telling him to give his fans and music lover his own beat is indirectly shading him of always stealing people’s beat and lyrics.